V/R: Suspect Chop Off His Manhood In Police Cells 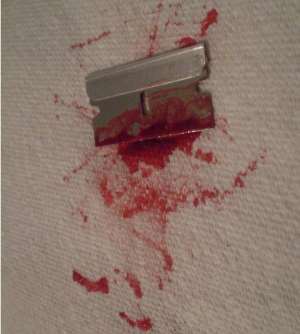 A 35-year-old man, Thomas Agbezuke, who was on remand in police cells at the Abor Police Station in the Volta Region, has attempted cutting off his manhood.

The police, while on routine checks on inmates in the cells, found the suspect cutting off his manhood with a sharp object.

This led to blood oozing from his groin area.

He was immediately rushed to the Sacred Heart Hospital at Abor for emergency medical attention.

Meanwhile, all district police posts in the Volta Region have been directed by the Regional Police Command to ensure strict security at the various cells in order to prevent such occurrences.

Investigations have commenced into the matter.