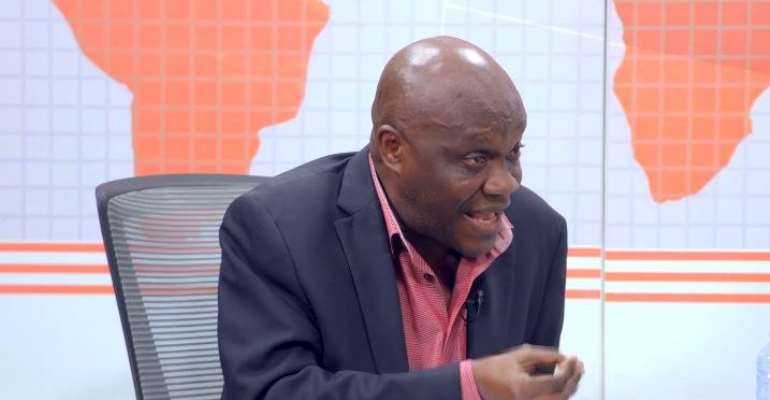 An International Law and Governance analyst, Kwame Mfodwo says government has taken a huge risk in lowering the restrictions that were previously imposed on Ghanaians as means to control the spread of the novel coronavirus.

Government imposed a ban on all social gatherings in March. These included the suspension of all activities in schools, churches, mosques, and even some businesses.

But in the latest development, the President, Nana Akufo-Addo announced a partial easing of these restrictions on gatherings.

He made the declaration during his tenth address to the nation on Sunday, May 31, 2020.

Schools are to reopen for final year students of the various levels of education.

Reacting to this on The Point of View, Kwame Mfodwo admonished that the government had done well in handling the pandemic so far, but stated that the recent move posed a high risk to the country as most Ghanaians were already not obeying the initial protocols.

“We are now in a situation where I personally think the government is taking an extremely risky gamble. if they are lucky, they will pull it off and they would be okay. But my view on this is based very simply on the fact that the positivity rates from the contact tracing and the routine surveillance have not gone down. And also, most importantly, the strategies that the government is using now to manage the situation is not being followed by Ghanaians properly. So the government has a problem. The strategy that they are relying on now is adequate but it is not understood by people it is not being complied with, and it is not being properly enforced. So it’s a huge gamble,” he remarked. Reasons for easing restrictions

According to President Akufo-Addo, the ban on social gatherings was partially lifted after stakeholder consultations from which a consensus emerged “that we should embark on a strategic, controlled, progressive, safe easing of restrictions to get our lives and economy back to normal”.

Among the various reasons which influenced the decision was the country’s considerable improvement in the ability to trace, test, and treat persons with the virus.

He also stated that “our hospitalisation and death rates have been, persistently, very low, some of the lowest in Africa and in the world.”

“As I have already said, everything that has been achieved, so far, would not have been possible without the strong co-operation of you, the Ghanaian people. I know, at firsthand, the devasting impact the measures employed to defeat the virus has had on our social, religious, cultural and economic lives, as well as on our jobs, and the education of our children, and yet, because of the love of country, we have borne with them. I know, however, that we cannot live with these restrictions forever, and that it is imperative we find a safe way to return our lives to normality, as other nations across the globe are trying to do,” Akufo-Addo added in the address. The Aftermath

The easing of the coronavirus-induced restrictions has been met with mixed reactions from Ghanaians, especially the institutions in question.

The National Association of Charismatic and Christian Churches (NACCC). for instance, has welcomed the commencement of religious activities in the country.

The Association’s General Secretary, Bishop Titi Offei, speaking on the Citi Breakfast Show on Monday, June 1, 2020, said they are delighted to be able to hold church services again.

However, churches like the Spiritual Revival Ministries, The Keeper’s House Chapel International and City Life Church have issued statements asking their members to remain home as they will continue to have their services online despite the President’s decision.