Explain A Bond To Me As A Class One Child 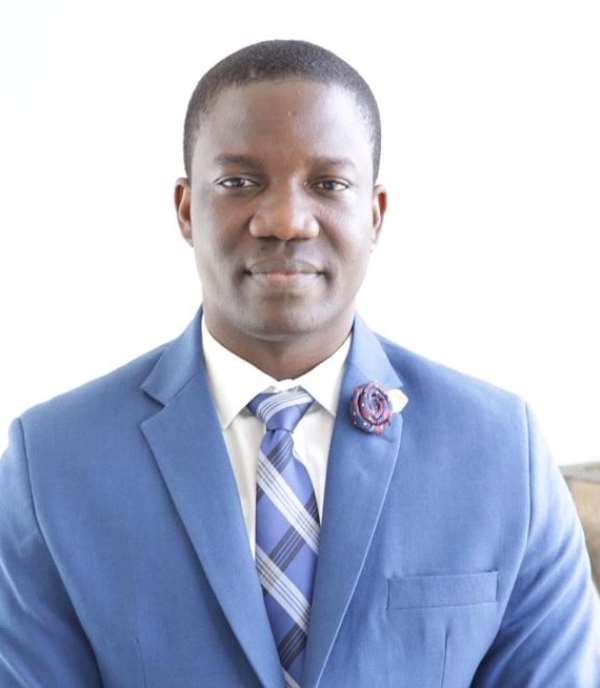 As a Finance and Investment enthusiast, I have delivered several presentations and talks to organisations, religious bodies, colleges, and individuals on various Investment options and instruments available on the market. Most often, the impression I have gotten on a few occasions is that there is a bit of knowledge gap in terms of individuals' understanding of the capital market activities where bonds are issued and traded. My focus on this article is to demystify the concepts of bonds and to bring some understanding to the layman on the street.

Briefly, let me spend some time to explain some basic terminologies which may be very useful. On the Capital Market, ‘Issuer’ refers to the ‘Borrower’, an example will be the corporate or government entity looking to raise medium to long term funding. An ‘Investor’ represents ‘Lender or Creditor’, and they are those individuals who are buying or selling the bonds.

‘Principal, Face Value, Par Value’ refers to the ‘amount borrowed’. ‘Coupon Rate’ also connotes the ‘interest rate’ on the security and the ‘Coupon’ itself represents ‘Interest Payment’. The ‘Maturity date’ on a bond gives an idea of the ‘due date’ whiles the ‘Term’ indicates the ‘time investor hold his or her investments until maturity’. When you look at ‘Yield to Maturity’, as an investor, your interest is the ‘annualised return on Bond Invested’. The market value of a bond has two parts, thus the value of the amount of the bond itself, or its face value, and the value of the interest you would receive if you held on to the bond until it matures. The total of these two amounts is a bond's market value.

A market is basically a place where buying and selling activities take place. Just like the big markets in Ghana like Makola, Kaneshie and Dome, buyers and sellers meet to transact goods are services. In the same vein, the capital market is a place where sellers and buyers can interact and transact financial securities like shares, debentures, debt instruments, bonds derivative instruments like the futures, options and swaps. Thus, the capital market offers institutions, corporations, companies and government to raise long term funding to finance capital investments, bride budget deficits and expansion projects. So, the bond market which is also known as fixed income or debt market falls in this category.

What is a bond

A bond is a debt instrument that requires the borrower (Issuer) to repay the lender (Bondholder) the amount borrowed as well as interest over a defined period. The borrower issue securities for investors to buy those securities. The security is its form is a certificate that has monetary value and can be traded.

What makes investments in bonds differentiated from shares are that: whereas Bonds are perceived as a Loan to the issuer, investors become owners in the case of shares. Bond holders receives interest payments, while investors in shares receive dividends. Bonds repay on investments and the reverse is the case for shareholders. More importantly, Bonds are less risky comparatively to investments in shares. In effect, shares are the units of ownership of a company and are usually traded on the stock market.

The primary market is a basically a market for new issuances or securities for governments, corporates and institutions who desire to raise ‘fresh’ capital. What it means it that both debt-based or equity-based financings are obtained through the primary market. When a bond is first issued, and the debt securities is created, the issuer receives the principal loan amount and you the bondholder has claims to future repayments of interest and principal and all this happens on the primary market.

Whenever a new bond is issued, it can be placed in the market through a public issue to the investors or through a private placement where it is offered to selected group of investors. Usually, there is no ‘noise’ around private placements. For example, if the Government of Ghana through the Ministry of Finance decides to look for fresh money through the capital market to support its budgetary deficit, such new issuance takes place on the primary market. Same applies to Corporates such as Bayport, Delax Finance etc who needed fresh funding to support their operations. Such issuance occurs on the primary market.

The underlying principle on the secondary market is that Bonds cannot be issued on this market. The Secondary market is where individual and corporates investors buy and sell securities they already own. For example, you as an investor may choose to sell tradeable securities in the secondary market to a new investor who will have to claims to the future cash flows of the debt securities. This market basically allows investors to manage and reduce their portfolio maturities while still active in the long debt markets.

Regardless of the bond type issued, they usually operate on the same basic principle: You as the investor loan money to the bond's issuer, and the issuer pays you interest on the loan, typically twice a year. The principal of the bond is the amount the issuer agrees to repay the bond holder- normally referred to as Nominal, face or redemption value. All bonds have major three characteristics that never change

Face value represents the principal portion of the loan, usually either Ghs1,000 or Ghs5,000. It's the amount you get back from the issuer on the day the bond matures. A bond's price, which is in constant flux, can be more or less than the face value.

Maturity refers to the day the bond comes due. A 30-year bond, for example, comes due 30 years from the day it is issued. Most bonds mature within 30 years, but maturities can be as short as a year or even shorter. Short-term bonds are usually called notes.

Coupon: Because bonds used to come with attached coupons that investors had to clip and redeem for their interest payments (now it's all done electronically), the size of the interest payment is still called the coupon. A bond with an 8% coupon pays 8% of the face value of the bond a year, in two instalments. Assuming a face value of Ghs1,000, that's two Ghs40 payments.

Why are bonds issued

Majority of bonds issued in Ghana are issued by the Government of Ghana. Some of the reasons why Government may issue bonds is to raise money to carry out spending policies for health, education, infrastructure, defence etc. Ideally, most government raise funding through taxation system, however, this is woefully inadequate to cover spending programmes. To fund such shortfall thus budget deficit, government have no option than to borrow money by issuing Government bonds.

Again, most corporate institutions looking to finance large projects, capital expansion turn to the bond market as alternative source of funding compared to the traditional bank loans. The reason why most corporate institution may issue bond is that coupon rates on Bonds may be cheaper than loans and on the condition precedents under loans tend to be stricter than Bonds. Corporate bonds are issued with the assistance of an investment bank such as Standard Chartered Bank who advises the corporate on pricing and administrative issues. The truth is that the obligations of the corporate bond issuer and the rights of the bondholder are usually embodied in a well-written contract called the bond indenture.

Credit rating- are they important?

Though ratings are debatable and subjective, the significance of credit rating in a bond issuance process cannot be underestimated. Although not all bonds are rated, Credit rating examines the likelihood of payment-capacity and willingness of the issuer/obligor to meet its financial commitment on an obligation in accordance with the terms of the obligations.

Rating agencies like Moddy, Standard & Poors and Fitch Ratings ensures that the bond is fairly priced and associated risk premium attached is relative to issuance of government benchmark yields. Important to note that, the lower the credit rating, the higher the yield that will compensate required investor for the risk taken.

Bond Issuance according to Jurisdiction

The type of bonds issued is largely dependent on the jurisdiction where the bond is issued. Domestic Bonds will be classified as Bonds issued by in Ghana by government or corporate entities in a local currency. For example, a Bayport or E.S.L.A. PLC bond issued by a Ghanaian corporate in Ghana in Cedi is a domestic bond. Likewise, foreign bonds are issued by a non-resident borrower into a domestic market denominated in that market current.

More importantly, there is also an International (euro) bond market called the Eurobond Market. The key distinguishing features of the Eurobond Market is such that, i) at the time of issuance, the bonds are offered simultaneously to all investors in several countries, ii) the bonds are issued outside of the jurisdiction of any single country and iii) they are issued in a currency different to that of the country where the bonds are issued. Recall that, in recent times, the Government of Ghana has been on the international market looking for funding to support Budget deficit, this will be classified as a Eurobond.

Interest rates on bonds are called coupons and usually classified into Fixed rate bond or Floating rate bonds. Bonds mostly have fixed coupons. So, despite the term ‘fixed income’ instruments they can also have floating coupons or even no coupons at all. Fixed (Coupon) Rate bonds pay regular coupon over a life of the bond and faced value repaid at maturity, redeemed at par and makes up majority of the world`s bond market. Whenever bonds are also issued at adjustable coupon are called floating rate bonds or Floating Rate Notes (FRN). It means that instead of having a fixed and certain coupon set up-front, their interest payment is linked to a pre-specified reference such as LIBOR. For such bonds, the interest rates are aligned to market rates. Some bonds are also issued at Zero Coupon rates which means that bonds pay no coupons and due to this nature, the bonds are purchased at discount to the nominal value and redeemed at Par value at maturity. In effect, they don’t pay interest for the life of the bond.

Some types of bonds

Bonds issued comes in different structures. Callable bond is issued with a provision that gives the issuer the right to buy back all or part of the bond prior to maturity. The issuer continues to pay coupons while the bond exists and ensures provisions are made to cater for instances where the bond can be called.

Convertible bonds are bonds issued as a hybrid between debt and equity. This means that such bonds may be converted into a specific number of ordinary shares of the issuer at the choice of the investors. Important to note that this type of bond is not so common.

To conclude, an individual understanding of the bond market is a function of informed investment and funding decisions. I may not have touched on all the important areas, but I believe the information above is useful to appreciate how the bond market operates. Key to note that Bonds are not traded on the primary market and likewise, not issued on the Secondary Market.

Disclaimer: The views expressed are personal views and doesn’t represent that of the media house or institution the writer works

Hottest Photo Reports
Catch up with all the political quotes from our politicians.
Advertise here
More Business Features
ModernGhana Links
Extra Spectrum: Bridging data capacity gap in Digital Ghana
Who Is Best Custodian And Manager Of Ghana’s Economy?
Tap and Pay with your Visa contactless card for a seamless and secure experience — Country Manager
Klasha expands to Ghana to facilitate frictionless online commerce, cross-border payments
5 Best Forex Brokers in Ghana
Why Do business in Ghana
Connecting 3.4 billion to internet - Ghana proposes affordable smartphones
Get Together In Rimini
Angela Kyeramaten-Jimoh joins Bank of Ghana Board
TOP STORIES

High Court shoot down Agordzo's application to travel
31 minutes ago

ASEPA to file RTI request for minutes of Justice Dotse-AG 'S...
31 minutes ago