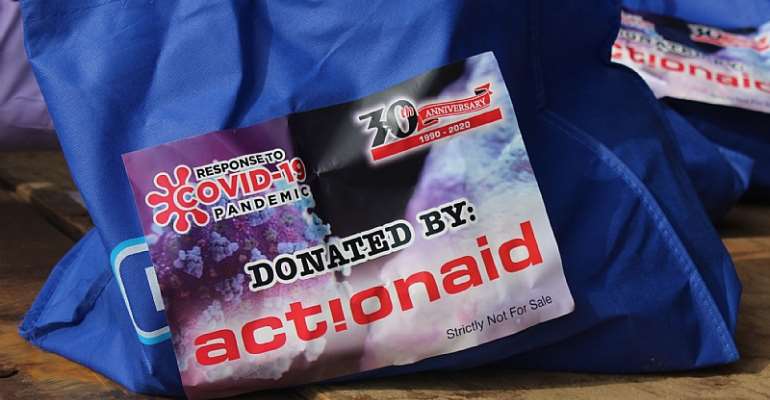 ActionAid Ghana, an affiliate of ActionAid, a global movement of people working together to further human rights for all and defeat poverty, has outlined plans for the second phase of its COVID-19 Response Project.

In announcing the second phase of the response, Mr. Sumaila Abdul Rahman, Country Director of ActionAid Ghana indicated that “As an organisation with three decades of experience in working to ensure social justice and protect the rights of women and girls, and people living in poverty generally in Ghana, we understand at first hand that women, girls, children and the vulnerable in society are mostly hard hit and disadvantaged during such crisis. Therefore, this phase of our response is primarily targeted at providing relief to the extremely vulnerable in the hardest to reach areas of the country”.

The on-going first phase of ActionAid Ghana’s COVID-19 response is characterised by a series of awareness creation campaigns on social media, community radio, and using IEC materials. ActionAid also handed over ActionAid’s Survivors’ Centre in Wa to the Wa Municipal Assembly for use as an insolation center for COVID-19 treatment. The Second phase, which is to cost GHC 2,190,000 will see the distribution of relief items to more than 15,000 households and 15 rural government hospitals across the country.

The third phase of ActionAid Ghana’s COVID-19 Response will consist of another relief package for an additional hard-hit 10,000 households and a national advocacy campaign which will focus on the need for the provision of Gender Responsive Public Services as well as enhanced social protection interventions for people living in poverty especially women and girls.

This national response is being implemented by ActionAid Ghana and their partners with funding from European Union under the Northern Ghana Integrated Development Project and the players of the People’s Postcode Lottery in the United Kingdom under the Building the Agency of Adolescent Young Girl’s for Inclusive Leadership Project and other donors.

Established in 1990, ActionAid Ghana (AAG) is an affiliate of ActionAid, a global movement of people working together to further human rights for all and defeat poverty. We believe everyone has the power within them to create change for themselves, their families, and communities. ActionAid is a catalyst for that change. ActionAid works in over 45 countries with over 15 million people worldwide. In Ghana, AAG works in the Upper East, Upper West, North East, Savannah, Northern, Bono East, Bono, Ahafo, Oti, Volta and Greater Accra regions. This represents 11 out of Ghana’s 16 regions.