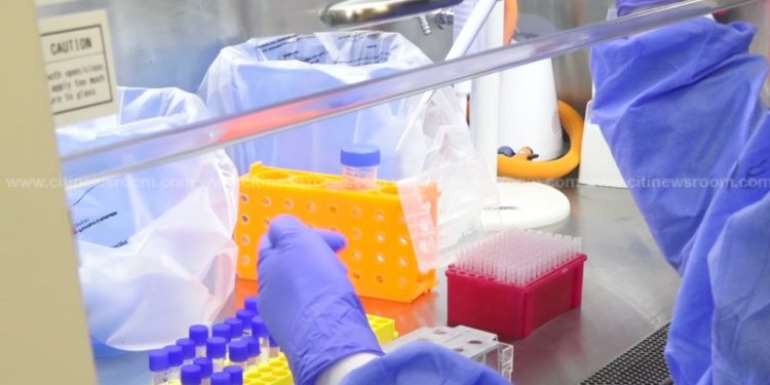 The Western Regional Director of Health, Dr. Jacob Mahama, says the region is likely to take delivery of two more COVID-19 testing machines in the next two weeks to boost the fight against the pandemic.

Dr. Mahama, speaking to Citi News' Akwasi Agyei Annim in Sekondi on the region's capacity to test more following the partial removal of restrictions on social gatherings, said the region currently has around 4,000 backlogs of samples but hope to ramp up testing when the new testing machines arrive.

He said, “We had a backlog of around 2,000 but now it’s shot up due to the increase in the number of cases. We had to go for the contact tracing so they’re around 4,000 now. We have all of them now in isolation centres that the companies have provided. They are very comfortable. We have our nurses there, making sure that they don’t lack anything. We’ve also gotten about 72 of those who tested negative also here and we are waiting for second testing to know they are negative so they can go about their own business.”

He continued saying, “Now we have one machine that has a capacity of 300 samples per day. We have one that is on its way from Canada. One too has been promised us by a philanthropist. In all, we’ll have three machines which will be enough for our backlog and any other surge in cases. Within two weeks, I’m sure we should get it.”

Also responding to the President's pronouncement on a new hospital for the region, Dr. Mahama said there is a site for that at Agona-Nkwanta.

He, however, was unable to speak to funding sources and timelines.

Situation in the Western Region

The recoveries have also increased to 2,947, with the death count standing at 36.

It was earlier reported that 43 health workers in the region have tested positive for COVID-19.

Twenty of the cases are from the Effia-Nkwanta Regional Hospital in Sekondi-Takoradi while 23 others are from the Tarkwa-Nsuaem Municipality.

Citi News sources indicated that the confirmed cases at the Effia-Nkwanta Hospital were contacts traced from a staff of the hospital who earlier tested positive for COVID-19.

Already, three units of the Effia-Nkwanta Regional Hospital had been closed down after a staff member tested positive for the disease on May 15, 2020.

Testing centre in the region

The Western Regional Veterinary Laboratory in Takoradi is one of the new testing centres to help Ghana increase its current testing capacity for real-time positive results.

Aside from testing samples in the region, samples from nearby locations are also sent there.

The laboratory took delivery of its first batch of COVID-19 samples for testing on May 4, 2020.

The 80 samples which came from the Sekondi-Takoradi Metro, Effia-Kwesimintsim and the Elllembelle District were expected to go through sorting, extraction and master mixing for final results on Tuesday, May 5, 2020.