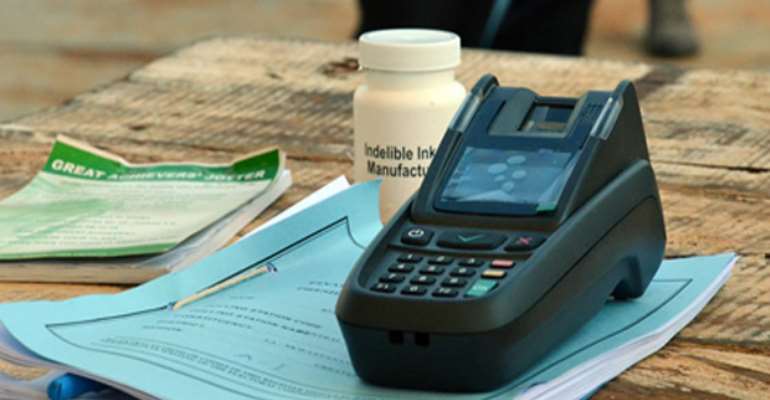 There will always be fools around to do the filthy and bloody bidding of bad politicians.

With the Electoral Commission (EC) now set to compile a new voters' roll even as bigoted politicians opposed to the project have served notice of violence to disrupt the process, the law enforcement system cannot be overwhelmed by the element of surprise.

We have heard enough of sabre-rattling from the cowards who would double away at the report of a rifle and wonder why they think they can hold the country to ransom.

Mrs Jean Mensa, Chairperson, Electoral Commission (EC), and the commission as a whole are responsible for managing polls in this country as established by the Constitution. The provision of total security at the polling stations on the other hand falls within the purview of another state agency, the police.

As the foremost internal security managers, it is for them to ensure that congenial ambience exists at the various registration centres across the country.

Ghanaians will not accept any excuse in the unlikely event of NDC-hired hoodlums or land guards causing mayhem at registration centres.

We have been sufficiently forewarned by both the former President and his supporters in the NDC about what they have up their sleeves. Given their violent predisposition, there is no gainsaying the fact that they would try something mischievous from their rulebook.

A few idle land guards could be hired for the NDC mission, a new voters' register being a thorn in their flesh, but with the military supporting the police in a coordinated fashion, the fools will flee with their tails between their legs like mongrels which they are if they agree to be engaged for such dirty operations.

It would boost civilian morale when the IGP and the Chief of the Defence Staff hold a joint press conference as was done in 2016 to warn those who would foment trouble during the registration exercise and on election day to drop the project.

The aforementioned joint police/military press conference held at the Police Headquarters offered Ghanaians the important assurance that they were in safe hands and deterred the bad boys from making good their assignments.

We wish to associate ourselves with the assurance of President Akufo-Addo that this country would not burn. Ghana is bigger than that the interests of a few depraved politicians who are bent on torching it because they are losing the forthcoming polls.

The upcoming registration exercise and the elections at the end of the year will be test cases for the Inspector General of Police and the Chief of the Defence Staff.

The Ayawaso West Wuogon by-election should have taught our security agents a lot of lessons in handling 'hired fools' during electoral exercises.