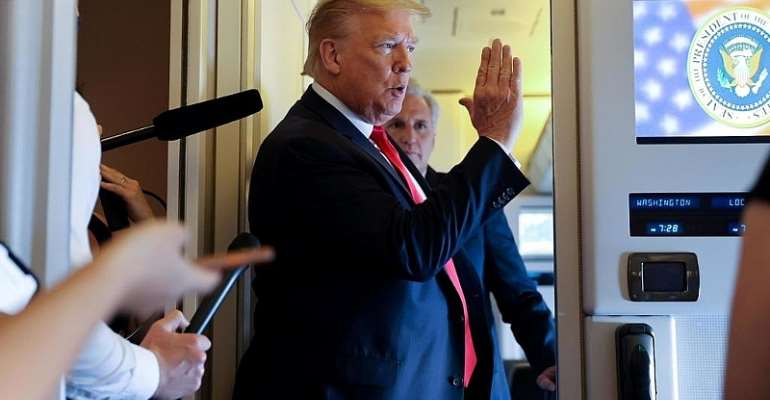 United States President Donald Trump has postponed a G7 meeting that was scheduled for late June. He now wants to extend the gathering of the world's most advanced economies to four other countries, including Russia, while pursuing his anti-China agenda.

The G7 meeting was initially due to be held in March but delayed to late June because of the Covid-19 pandemic. Over the week-end, aboard Air Force One, Trump announced it has now been postponed to at least September – or until after the US elections in November.

He said he wants to expand the G7 to include Russia, India, Australia and South Korea as he considers the G7 to be "very outdated group of countries" in its current format.

"I'm postponing it because I don't feel that as a G7 it properly represents what's going on in the world," Trump said.

Most European countries offered no immediate comment on the proposal, with a spokesman for the German government saying Berlin was "waiting for further information".

On 28 May, in a phone call to Trump, German Chancellor Angela Merkel told him that she could not attend the face-to-face summit of G7 leaders the US President called for because of health risks.

"As of today, considering the overall pandemic situation, she cannot agree to her personal participation, to a journey to Washington," German government spokesman Steffen Seibert said.

Russia in, China out

Russia was expelled from what was then the G8 in 2014 after Moscow annexed the Crimea region from Ukraine. Russia still holds the territory, and the annexation has never been recognised by the international community.

“I cannot see how Russia can be reintegrated [within the G7] while excluding other world powers,” Bertrand Badie, Sciences Po lecturer and CERI researcher told RFI.

White House spokeswoman Alyssa Farah said Trump wants the countries to discuss China at the summit. His aides indicated he was seeking a larger group that could act as a counterweight to China, whose relationship with the United States is at its worst over disputes over coronavirus and Hong Kong.

“An extended G7 without China is a coalition against the absentee. Donald Trump is being true to himself in pursuing an agenda against multilateralism and concertation,” Badie said.

“It is highly unlikely the other existing G7 members would want to follow Trump in an active anti-China policy.

“Europe has so far contrived to mediate between China and the USA, it will be difficult to expect them to follow the White House boss. As for Japan, even if China is its rival, it is highly unlikely that it will want to pursue any anti-China moves.”