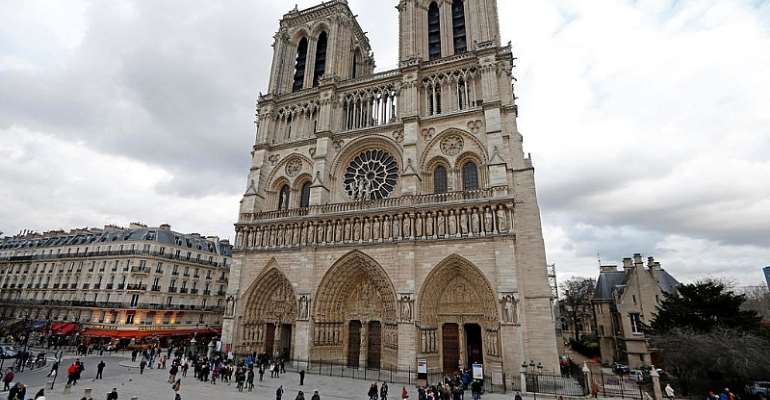 More than a year after a fire ravaged Notre-Dame de Paris, the cathedral square is to reopen Sunday afternoon after it was cleared of dangerous lead pollution.

Despite many cleaning attempts, high lead concentrations have forced the forecourt remain closed – but in a press release Sunday, city, church and building authorities announced those levels were now sufficiently low enough to allow Parisians and pilgrims to return.

"We all wanted to be able to reopen for the Pentecost celebrations," the press release said – even though no religious gatherings will take place on the site.

The City of Paris, the Diocese of Paris and the public establishment responsible for the conservation and restoration of the building confirmed the site was authorised to reopen after receiving the green light from regional health agency the ARS.

Barriers sealing off Notre-Dame were removed in the morning, before Paris mayor Anne Hidalgo, Cardinal Michel Aupetit and General Jean-Louis Georgelin, in charge of renovation works, will be on hand to reopen the site to the public at 3pm.

Building works to secure Notre-Dame were suspended in mid-March due to coronavirus. They will gradually resume with the aim of finishing a new-look cathedral by 2024.