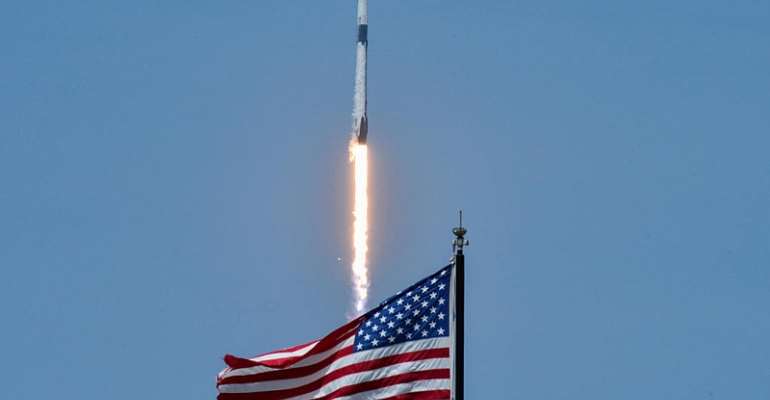 Their capsule, the newly designed Crew Dragon, is scheduled to dock at the ISS at 14:29 GMT on Sunday – after a 19-hour journey – with Nasa Television providing rolling live coverage of the entire trip.

The launch ends a nine-year gap in human spaceflight from American soil. US astronauts have been using Russia's Soyuz spacecraft to travel to the ISS since Nasa's final space shuttle flight – piloted by Hurley – in 2011.

On Wednesday the Falcon 9's first launch attempt was scrubbed with fewer than 17 minutes remaining on the countdown clock amid electrical storms and a tornado warning.

SpaceX and Nasa, who have been in a public-private partnership since 2010, will learn much from this trip – with the astronauts expected to take the spacecraft for a test drive before it arrives at the ISS to see how it responds to manual commands.