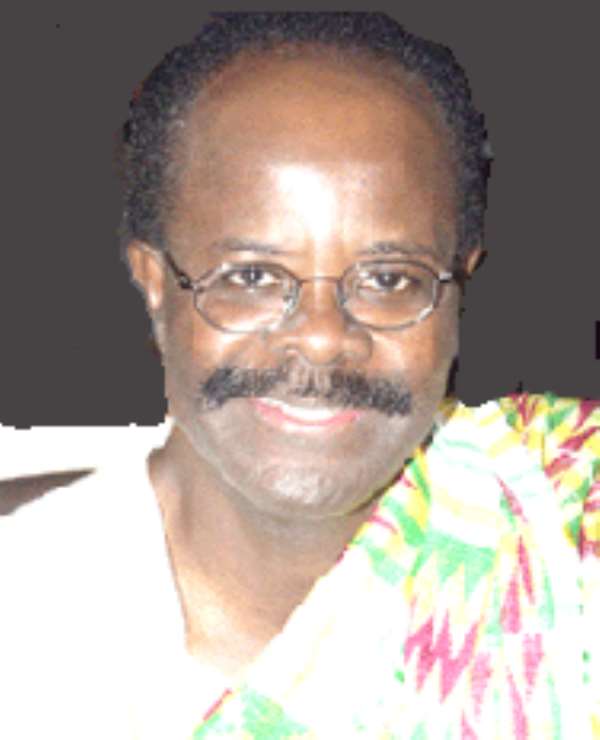 The Minister of Public Sector Reforms, Dr Paa Kwesi Nduom, who made this known in an interview yesterday, said at its meeting last Friday, the MCA Board expressed delight at the draft compact submitted by Ghana.

He, however, indicated that the board would meet again in the first week of next month to consider whether or not to accept the draft compact, after which it would submit the document to the US Congress for final approval.

Dr Nduom led a Ghanaian delegation to the US recently to negotiate for the compact to access about $500 million from the MCA.

The delegation included experts from the Ministries of Finance and Economic Planning and Lands, Forestry and Mines. Others were from the Bank of Ghana (BoG) and private sector consultants.

Briefing the Daily Graphic on the outcome of the negotiations, Dr Nduom said they had been very successful and that the MCC representatives felt confident about Ghana's draft compact.

“As far as the team is concerned, we have achieved our objective,” he said, adding that what Ghanaians should be concerned about now was the implementation process of the programme to make it successful.

Dr Nduom said Ghana would have a foretaste of the MCA next month, with a $3.2 million grant, following an agreement signed by the two parties to that effect during the negotiations.

The minister said the two parties negotiated on all aspects of the draft compact, such as infrastructure, community services, agriculture, procurement, land, governance in terms of the management of the programme and an agreement for the BoG to provide banking services.

Dr Nduom explained that after considering the draft compact, the MCC Board, chaired by the American Secretary of State, Ms Condoleeza Rice, would submit it to the US Congress next month for its consideration.

He said if, after two weeks of submitting the compact to Congress, no objection was raised against it, arrangements would then be finalised for the release of the money.

Asked when all those processes would be completed, the minister said they would not go beyond the middle of August this year.

He said at that time, the two parties would sign the compact, after which the document would come into force within 60 days and that would mark the beginning of the drawing of the money.

Dr Nduom commended the technical team of MCA-Ghana for doing a very good job in drafting the country's proposal.

Commenting on the description of Ghana's proposal as very ambitious, he said it was for a good purpose, adding that the Americans were hoping to test that ambition.

There has been a lot of hue and cry as to why some districts, especially those in the north which are in the ranks of poor districts, are not considered for the programme.

Responding to those concerns, Dr Nduom described them as unfortunate, saying no region was disqualified in the selection of districts to benefit from the programme.

He said the selection was not done on a regional basis but in a manner to get the right results and demonstrate the viability and sustainability of the programme.

Dr Nduom said it was not true that the north had been sidelined, pointing out that the Northern Region, for instance, had five districts selected to benefit from the programme.

He said there were districts in the Western Region which also qualified for selection in terms of the poverty criterion but which were not selected, saying there was nothing untoward in the selection process.

According to him, since the programme started, no aspect of it had been hidden from the public, indicating that the President talked about it in his State of the Nation Address, while Parliament also discussed it on the floor of the House, during which some members from both sides of the House expressed concern that their districts had been left out.

Dr Nduom said the interest being shown in the programme should not be seen as a negative thing but a positive indication that people were recognising the MCA as something good.

He said the challenge for the country now was the successful implementation of the programme to enable Ghana to quickly go back and access the MCA again so that other districts could also benefit.

Dr Nduom said the MCA was very important and crucial to the nation's development and so there was the need to treat it carefully for all to understand its purpose.

He said the MCA was not just about money being given out by the US government for the sake of it but money to be invested to yield positive results, for which reason there was the need to identify the areas where the right results would be obtained for investment.

The Project Manager of MCA-Ghana, Mr Matthew E. Armah, said Ghana's MCA draft compact was about the most comprehensive proposal from all the beneficiary countries and expressed the hope that the document would become a reference material for other countries.

He made it clear that the MCA programme was not a poverty alleviation programme but an initiative which required a return on investment of about 13 per cent.

Mr Armah said the MCA programme was a unique opportunity for Ghana to move the nation forward because, for once, the country had access to a huge sum of money for its development along lines which had been developed by Ghanaians themselves.

He said if the programme was implemented well, it would be a catalyst for more funds from other development partners to support the country's development.

Parliament urged to investigate roles played by SEC/EOCO in ...
14 minutes ago