The Work of False Pastors 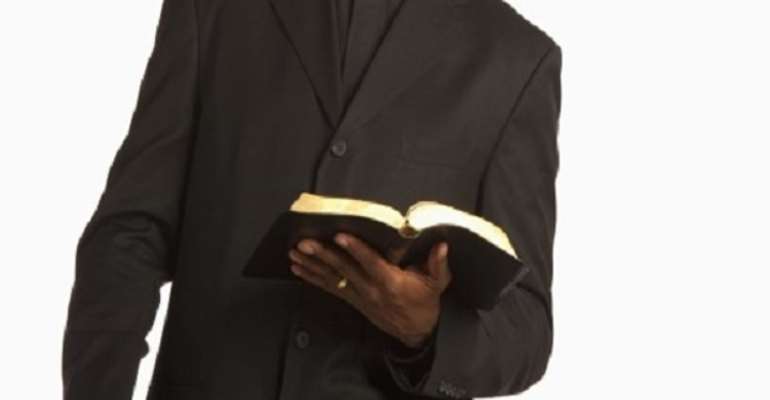 THE MEDIA landscape in Ghana and other African countries has over the decades been inundated with various stories about evil activities of some men and women who claim to be ministers of God. But these are preachers, who refuse to abide in the doctrines of Christ, refuse to work on the same terms as true ministers do and practice sins unrepentantly without shame.

In their ministrations, these ministers curse and insults their perceived opponents, prophesy money out of people's pockets and purses, sell concoctions to their followers, give lotto numbers, make their congregants eat grass and snakes, bath women, passionately kiss women in public, distort scriptures for selfish gain and give false spiritual directions.

These are things true servants of Christ will not do as they learn from their Master – Christ. The apostle Peter testified of Christ Jesus that, “When he was reviled, he did not revile in return; when he suffered, he did not threaten…” (1 Peter 2: 23). Similarly, the apostle Paul wrote, “When reviled, we bless; when persecuted we endure; when slandered we entreat. True servants of Christ are temperate in all things; they invariably exercise self-control.

In fact, one thing we must remember is that false prophets, teachers, apostles, evangelists, and pastors (bishops) are a major theme in Christianity. False ministers are evil servants of the devil who secretly worm their way into the Body of Christ and skillfully disguises themselves as servants of Christ. In both the Old and New Testaments of the Bible, we read about the activities and exposure of false ministers.

Paul wrote, “For such men are false apostles, deceitful workmen, disguising themselves as apostles of Christ. And no wonder, for even Satan disguises himself as an angel of light. So it is no surprise if his servants, also, disguise themselves as servants of righteousness. Their end will correspond to their deeds” (2 Corinthians 13- 15).

One work the devil has given to false ministers to do is to dent the image of the church of Jesus Christ so as to make it unpopular, make it look unattractive, unimportant and irrelevant in the eyes of the world. By their bad character and conduct, many believers leave the church, and many unbelievers decide never to believe in Jesus Christ. And that is exactly what we have been seeing and hearing about throughout the world today.

The effects of these evil activities of false ministers against the church of God are the unparalleled widespread mockery, criticisms, opposition and hatred against Christianity, with severe persecution and oppression of Christians in a world where thousands of religions or faith-based organizations operate.

It is for this and other reasons, God is always against false ministers, and inspires His true ministers to rebuke them with harsh words. In Ezekiel 13, God calls false prophets foolish people and jackals for following their own spirit, and see false visions and lying divination. And in Ezekiel 34, God rebuked pastors who accumulated wealth for themselves without providing the spiritual and physical needs of the poor; He sees them as being greedy and irresponsible.

Knowing how dangerously false prophets and teachers threaten the purity of the gospel, the apostle Peter described them in very strong words. He wrote, “But false prophets also arose among the people, just as there will be false teachers among you…And in their greed, they will exploit you with false words.

But these irrational animals, creatures of instinct, born to be caught and destroyed, blaspheming about matters of which they are ignorant, will also be destroyed in their destruction, suffering wrong as the wage for their wrongdoing…They have eyes full of adultery, insatiable for sin. They entice unsteady souls. They have hearts trained in greed. Accursed children! Forsaking the right way, they have gone astray.

They have followed the way of Balaam, the son of Beor, who loved gain from wrongdoing, but was rebuked for his own transgression; a speechless donkey spoke with human voice and restrained the prophet's madness. These are waterless springs and mists driven by a storm. For them the gloom of utter darkness has been reserved” (2 Peter 2: 1- 17). These are the words of Peter to false ministers.

Similarly, Jude also rebukes false prophets and teachers describing them as ungodly people, waterless clouds, fruitless trees, malcontents and grumblers, who pervert the grace of our God into sensuality and deny our only Master and Lord, Jesus Christ.

Today, many people think false ministers are happy people as they display and boast about their mansions, cars, planes and other worldly goods. But deep down their hearts, these ministers have no peace and hope. Their hearts are filled with the fear of suffering eternal damnation. Yes, false ministers are destined for eternal destruction; their ill-gotten wealth cannot save them.