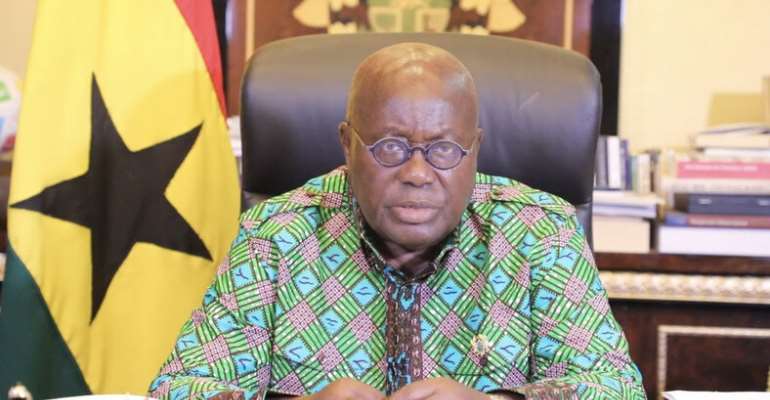 President Akufo-Addo has assured that the construction of 88 new district hospitals across the country will commence in July this year.

To him, the project is expected to last for one year.

At a meeting with chiefs and elders from the Bolgatanga, Bongo, and Talensi-Nabdam areas of the Upper East Region usually referred to as BONABOTO, President Akufo-Addo said the project forms part of government's plan to expand the country's health infrastructure.

“We intend on Agenda 88; God willing everything will be okay for us to start in July. We are hoping that by the end of June, all the arrangements that need to be done might have been completed so that by the end of July, we begin it. I want to make sure that within a year, all of those projects will be complete,” he said.

Government announced its ambitious plan to construct the 88 hospitals and six new regional hospitals as well as the rehabilitation of the Effia Nkwanta Hospital, in Sekondi, which is the regional hospital of the Western Region all in a bid to boost healthcare delivery in the country.

The standard 100-bed facilities which will be in districts without hospitals will also have accommodation for staff.

Government is still in the process of finalising the cost of the facilities, according to the Health Minister, Kwaku Agyeman Manu.

The Minority in Parliament has urged the government to focus on completing abandoned hospital projects in the country instead of starting new ones.

Ranking Member on Parliament's Health Committee, Kwabena Mintah Akandoh says such an approach is feasible compared to the promise of completing over 90 hospital projects in a year with a non-existent source of fund.

But following complaints of abandoned health projects, Information Minister, Kojo Oppong Nkrumah has said such hospital projects started by the erstwhile Mahama administration have not been abandoned but are being worked on.