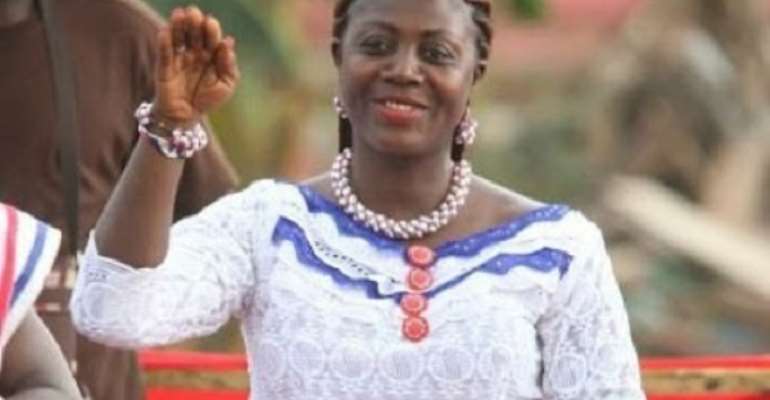 IN these days of Covid-19 enslavement, it is difficult to read a newspaper or listen to a radio station without feeling downcast..

So, when I read the Ghanaweb headline: 'Illiterate' Akwatia MP shares her emotional experience on her first day in Parliament,' I assumed I was going to be exposed to a snobbish story in which a superficial Ghanaian journalist was going to mock at someone less fortunate than himself/herself. For even if the lady MP was “illiterate”, was it polite to highlight that aspect of her life?

But on reading the piece and ignoring the superficialities incorporated in it, I realised that something I had been advocating for year – a change in the system whereby only people who can speak and write English are usually selected by our political parties to stand as candidates for election to Parliament to serve as our lawmakers – had occurred, if only in a modest manner.

My contention is this: laws are made for the literate and the illiterate alike. So why should it be only literate persons who are allowed to make laws?

The technical argument against allowing people who are not well-versed in the English language to make laws is that they won't understand the complexities involved in law-making: i.e. the chapters, clauses and sections of a Bill; the Bill's 1st, 2ndand 3rd readings, etcetera.

But the actual truth is that it isn't MPs who write those things at all! That's done by parliamentary draughtsmen. Highly-trained, it's these professionals who help Ministries to draft their legislation to present to Parliament for enactment.

All that is required of MPs is to consider and debate the principles behind a bill; its provisions and how they will affect the MPs' constituents. It is common sense, then, that is required of MPs when Bills come up before them for debate; common sense gathered from a wide knowledge of the world. And that can only be gathered from an exposure to different aspects of life. Expressing such ideas to Parliament can be made easy these days through interpretors and secretarial help, which a resourceful Clerk of Parliament can easily facilitate. Yet, if you look at the list of MPs in most African countries you will find the list still dominated by lawyers, ex-teachers, commercial merchants or traders; and “professional” politicians. Exactly like it was when the colonialists pushed their proxies into the Parliaments of their colonies.

It is common sense, then, that is required of MPs when Bills come up for debate before them; common sense gathered from a wide knowledge of the world gathered from an exposure to different aspects of life Expressing such ideas to Parliament can be made easy – through interpretors and secretarial help, which a resourceful Clerk of Parliament can easily facilitate. Yet, if you look at the list of MPs in most African countries you will find the list still dominated by lawyers, ex-teachers, commercial merchants or traders; and “professional” politicians. Exactly like it was when the colonialists pushed

their “obedient servants” or proxies into Parliament.

You won't find many cocoa farmers on the list (despite the major role played by cocoa in an economy like that of Ghana or Cote d'Ivoire;) mine-workers; fishermen;hunters; health workers (doctors, nurses, hygienists and pharmacists) and many other professions, whose practitioners ensure the welfare of the populace on a daily basis.

The election to Parliament of Mrs Mercy Adu-Gyamfi, MP for Akwatia, appears to be the beginning of a movement towards a broader representation of people in Ghana's Parliament. Congratulations go to her party, the NPP, for not being snobbish enough to deny her the opportunity to stand, just because she only acquired the Middle School Leaving Certificate as her educational qualification.

In an interview, she revealed the pressures she must have resisted before getting herself elected as an MP.

The interview began: “The MP, who is unable to speak the Queen’s language like most of her colleagues,said she “wept” the first day she walked into the chamber [of Parliament]. “I never imagined an illiterate like me would have such an opportunity, so I cried when I entered Parliament,” (she said.)

“Ama Sey said that being in the august house of Parliament has shown her that the work of the Parliamentarian goes beyond speaking English. ...She said she has been able to transform her constituency. “I have been able to connect electricity to 22 communities, lobbied for roads, social amenities and improved infrastructure at Akwatia, she said, adding: “I have been humiliated for not going to school so I am investing heavily in education so that all the children will go to school.”

It is to be hoped that the Parliamentarians, and especially the party bosses, will pay particular attention to the voices of people like The Honourable Mercy Adu-Gyamfi, when important issues facing the nation come before Parliament. As Covid-19 has demonstrated, it isn't only the highly-educated who are affected by the unforeseen happenings of this world. Who but a hair-dresser (for instance) would know whether a particular mask is useful when deployed against Covid-19 or not?