From, Voice Of Reason: Has Stupidity Blinded The Wackos From The Coronavirus' Vengeance? 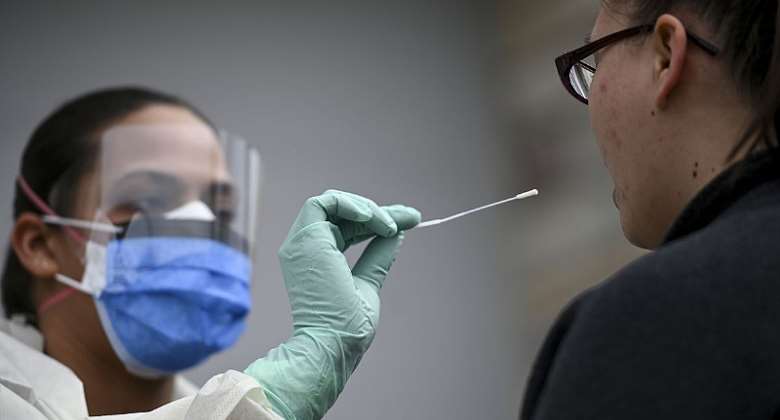 Oh no, you ain't seen shit yet! The political wackos, 'moneycrates', and religious zealots are at it again.

It looks like stupidity has hit the mainstream of the Ghanaian society since the COVID-19's preventive measures were instituted by the government ----with disastrous effects. People are going to ludicrous lengths to take the lumps and bumps out of life just to massage their deflated egos and satisfy their own short- term wacko impulses and 'machismo'. But the net effect of such behavior is seriously dangerous.

Experts have likened the covid-19 to cigarette smoke: If you're close enough to feel or smell the smoke, you might also expose to the virus.

The cockamamie (look it up) religious groups and the greedy funeral parlors operators; who are putting pressure on the government to lift the ban on social- distancing and other protocols; the market women who are not observing any forms of the protocols and any elected officials who want to introduce a bill to force the opening of businesses fully---they all have something in common---they don't give a hoot about the pandemic and they're all wacko suicide bombers.

Their behavior has a resemblance to that of the suicide bombers, who intentionally just don't want to die by themselves. They want to blow themselves up in order to kill or injure as many people as possible. Duh! Once they're on a 'kamikaze mission'(look it up!), of course, nothing can stop them because they don't mind achieving their ultimate goal--which makes them very dangerous

With so many people going about their businesses as if we were in the pre-coronavirus era ,I wonder if we are just waiting for the ticking bomb to wake us up from the slumber .

My question is: What are we to make of a large number of people who may have the virus but not yet diagnose, as well as those who are indirectly affected, such as those who have delayed medical treatment for other illnesses?

The reason most Ghanaians don't know anyone who has contracted the coronavirus is because of the measures the government has wisely taken in regards to shuttering non-essential businesses, social- distancing, hand -washing and encouraging the wearing of masks. But some folks especially, the one- man church profiteers whose tax-free revenue has dried- up considerably because they can't sell their 'holy water' ---which is saturated with dead bodies' bath water; to their disciples,( a euphemism for the wounded souls)-- who are demanding their right to die.

Well, after combing through our Constitution, I couldn't find any clause that guarantees Ghanaians to be allowed to be complete stupid to the point of infecting other people. But if they're so demanding the rest of us should not fight with them, but instead accommodate them and put them at the Accra sport stadium and rewind the video tapes of the virus' vengeance from Italy, Spain and the New York city .And, add a little bit of Brazil's ones as well. Those images from a big screen flat Tv will definitely help them to digest very fast.

At this point the government should lift all bans--at least for those Ghanaians wackos , who are desirous to take a chance on their lives. But they shouldn't be able to do so with the rest of us sane people.

Those wiser people should not go back to work until the medical experts give the "all clear" signal and of course schools should remain closed until that time.

But those who want to go to have fun at the clubs, beaches, sport events, concerts, funerals , all- night vigil and weddings --or whatever the greedy business persons who put profit over people want to do --should not be prohibited from doing so. The choice should be theirs and we should shed no tears over the death of these 'suicide bombers'.

After all ,this is a free country in which people are within their rights--indeed are entitled---to believe whatever they want, and if they don't want to believe that the pandemic is real ,they can go right ahead in their stupidity and suffer the consequence of their ignorance. If it's not a shit crazy, then what-the -hell is it?

For God's sake, let them play a Russian roulette with their lives, mindful of the fact that we live in a country where the government has more V8 -SUVs than ventilators and ICU units in our hospitals. We live in a country with zillion tons of garbage and choked -up drainage system that make us homeless during raining season.

We will surely bury them with their ignorance, greediness and stupidity, but only a few family members could accompany them to the cemetery because they will be quarantined when virus hits the fan weeks from now.

I know, I know, it's not nice to poke fun at people at this time. But, this is not a joke!

*The author is social commentator and a diehard concerned citizen, not a spectator.

W/R: Our school has become a sleeping place for madmen, big ...
4 minutes ago