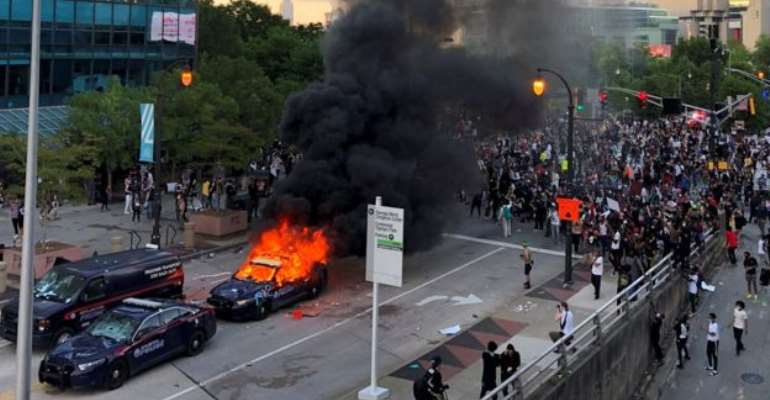 Protesters have clashed with police in cities across the US over the killing of an unarmed African-American man at the hands of some officers in Minneapolis.

Hundreds of people rallied outside the White House, which was briefly put under lockdown on Friday, demanding justice over the death of George Floyd.

A former Minneapolis police officer has been arrested and charged with murder over Mr Floyd’s death in custody.

Derek Chauvin, who is white, was shown in footage kneeling on 46-year-old Mr Floyd’s neck on Monday. He and three other officers have since been sacked. 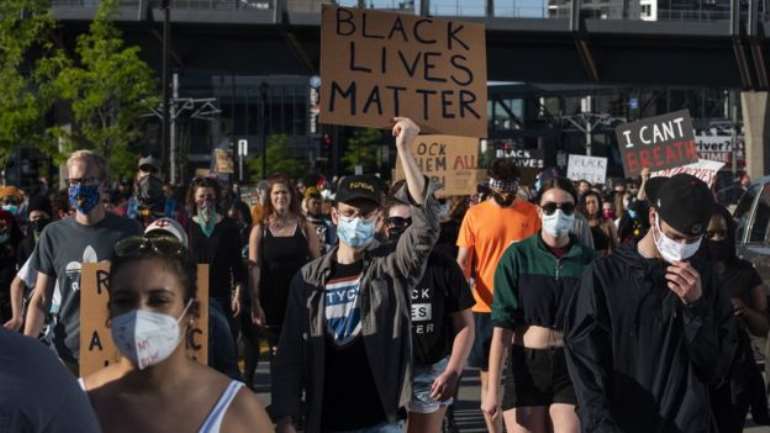 Mr Chauvin, 44, is due to appear in court in Minneapolis for the first time on Monday.

President Donald Trump has described the incident as “a terrible, terrible thing” and said he had spoken with Mr Floyd’s family, whom he described as “terrific people”.

The Floyd case has reignited US anger over police killings of black Americans.

It follows the deaths of Michael Brown, Eric Garner and others, which have all occurred since the Black Lives Matter movement was sparked by the acquittal of neighbourhood watchman George Zimmerman in the shooting death of Trayvon Martin in 2012.

What’s the latest on the protests?

Minnesota remains the most volatile region, with curfews ordered for the Twin Cities of Minneapolis-Saint Paul from 20:00 to 06:00 on Friday and Saturday evening.

Protesters defied the curfew on Friday. Fires, many from burning cars, were visible in a number of areas with fire officials unable to reach some sites.

Only at about midnight (05:00 GMT) did police and National Guard troops move in in any numbers, the Minneapolis Star Tribune reports. 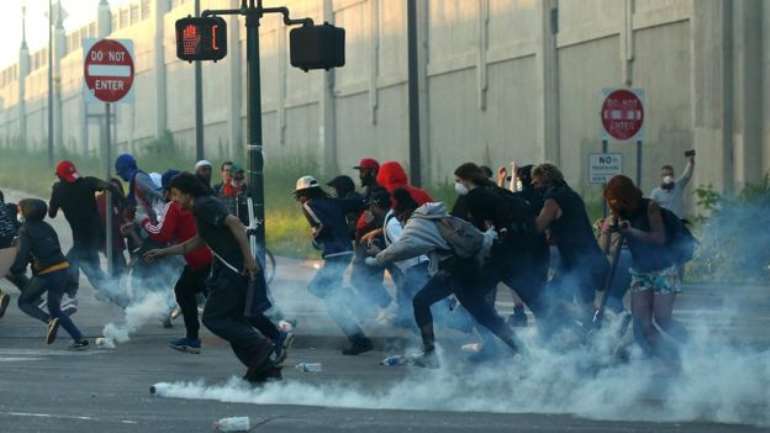 The Pentagon has put the military on alert for possible deployment in Minneapolis.

On Friday evening, crowds gathered near the White House in Washington waving photographs of Mr Floyd and chanting “I can’t breathe” – invoking his last words and those of Eric Garner, a black man who died after being held in a police chokehold in New York in 2014.

The White House was then temporarily placed on lockdown, with the US Secret Service closing entrances and exits.

In Atlanta, a state of emergency was declared for some areas to protect people and property. Buildings were vandalized and a police vehicle was set alight as protesters gathered near the offices of news broadcaster CNN.

In New York’s Brooklyn district, protesters clashed with police, throwing projectiles, starting fires and destroying police vehicles. A number of officers were injured and many arrests made.

Mayor Bill de Blasio tweeted: “We don’t ever want to see another night like this.” 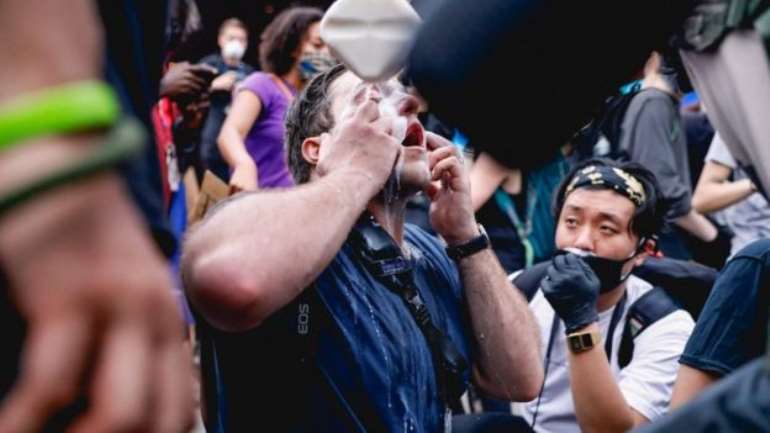