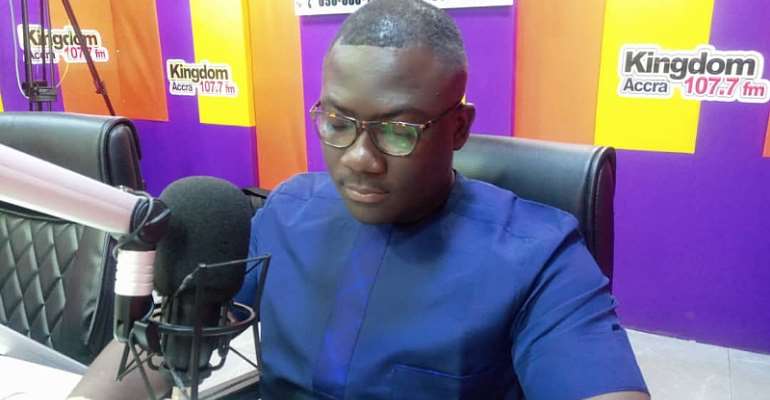 Director of Research at Youth Employment Agency (YEA), Agya Yaw Nsiah, has asked the opposition National Democratic Congress (NDC) and other political parties campaigning against the decision of the Electoral Commission (EC) to compile a new voter’s register to allow the Commission to carry out its Constitutional mandate.

Yaw Nsiah indicated that the various political parties and stakeholders who feel aggrieved by the decision of the Commission should “take out militancy” in expressing their disapproval for a new voter’s register.

“Not until we have amended the Constitution we should accept the independence and Authority of the Electoral Commission to do its work,” Agya Yaw Nsiah told Okatakyire Obeng Mensah on ‘Anopa Nkomo’ on Accra-based Kingdom FM 107.7

He continued, "I stand with the 1992 Constitution of the Republic of Ghana, the legal framework which administers the powers, authority and functions of all persons, groups and institutions in the country.

“Whichever way the debate may fall, one question stands tall amongst all the arguments: what does the Constitution say concerning electoral matters? The reference answer remains in Article 45 and 46.”

Yaw Nsiah added, "I’m making a passionate appeal to political parties and all actors in the political space to respect and uphold the decisions and independence of the Electoral Commission (EC).’’

However, the over 33,000 registration centres would be divided into clusters with strict adherence to COVID-19 hygienic protocols to ensure swift and safe exercise.