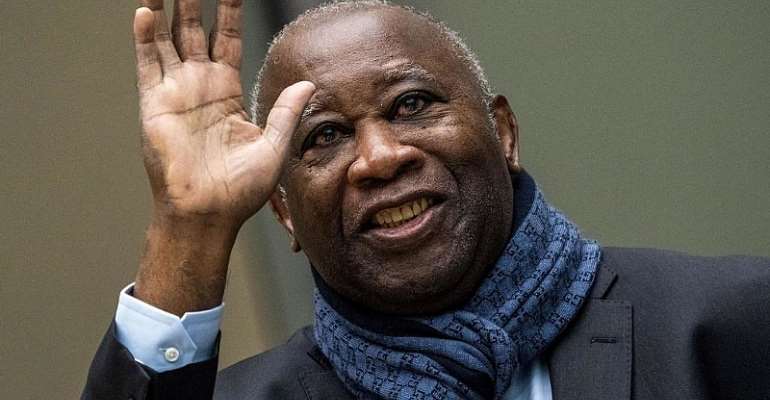 The road to freedom for Laurent Ggabgo was partially cleared on Thursday.

The decision by the International Criminal Court means he can leave Belgium and travel to any of the 123 countries signed up to the ICC, including his home country of Côte d'Ivoire.

The ex-Ivorian president however must first get the greenlight from the country he wants to travel to before leaving.

Gbagbo cannot “travel beyond the territorial limits of the municipality of the receiving State without the explicit and prior authorisation of the Court,” an ICC statement said.

Charles Blé Goudé, Gbagbo's former youth minister, was also released under similar conditions and is free to leave his address in The Hague.

ICC keeps control
The conditional release is a “way for the court to maintain a certain judicial control over the two Ivoirians,” explains RFI correspondent in The Hague Stéphanie Maupas.

“The 123 member countries (of the ICC) must cooperate with the court and are obliged to execute any of its orders until the case is definitively over,” she said.

This means that Gbagbo and Blé Goudé would still have to report weekly to the law enforcement authorities of the receiving states.

The case against Gbagbo and Blé Goudé has been going on since 2015.

In January 2019, the two men were acquitted of crimes against humanity in connection with violence following a disputed 2010 election that left 3,000 dead and 500,000 displaced.

Judicial process
However, ICC prosecutor Fatou Bensouda argued that “the trial chamber committed legal and procedural errors,” and appealed the acquittal shortly after.

Gbagbo's lawyers had appealed for his unconditional release, arguing the ICC could not limit the movements of an acquitted person. The court rejected the demand but revoked certain restrictions, allowing the two Ivorians to recover their passports.

“The judicial process is far from over, which explains why judges decided to loosen some of their restrictions,” comments Maupas.

“The appeal hearings were meant to take place this week but have been cancelled because of the coronavirus pandemic,” she said.

They are scheduled to restart on the 10 June, but even then, judges may take months before giving their final decision on whether to let an appeal trial go ahead, Maupas added.

Côte d'Ivoire next?
On the political front, news of the ex-president's conditional release has raised hopes of his imminent return to Côte d'Ivoire.

"We are happy, it's important that these restrictions are lifted," Franck Anderson, a spokesman for Gbagbo's Ivorian Popular Front Party (FPI) told AFP.

"We are waiting for the date of his return. We will welcome him."

Both Bédié and Gbagbo's party have signed a pact ahead of the October poll.

Shaking up election
“Whether Gbagbo can run as a candidate or not, this decision shakes up the October election dramatically,” reckons Leslie Varenne, director of the IVERIS institute of international and strategic relations in Paris.

“It is very bad news for Alassane Ouattara, who is already having to revise his plans because of the illness of his prime minister,” she told RFI.

Côte d'Ivoire premier Amadou Gon Coulibaly is currently being treated in France for suspected atheroscelerosis, a disease that blocks the arteries.

It is unclear if he will still be able to compete in the presidential election.

For Varenne, Gbagbo's release is a “victory" for him and his supporters. "They are waiting for him like the Messiah,” she said.

High Court shoot down Agordzo's application to travel
54 minutes ago

ASEPA to file RTI request for minutes of Justice Dotse-AG 'S...
54 minutes ago