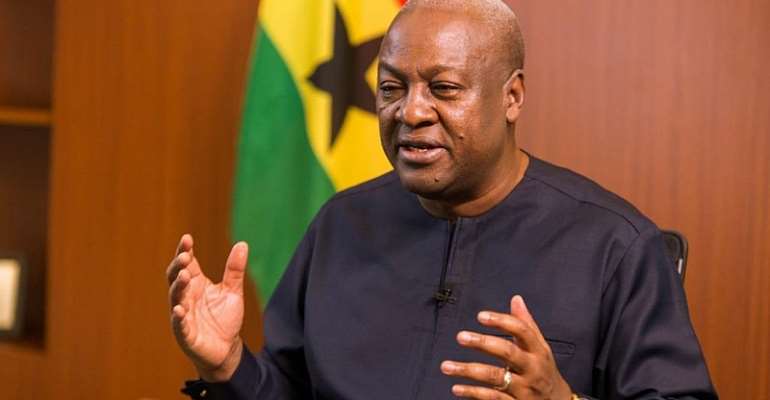 Former President John Dramani Mahama has backed calls for full disclosure on the COVID-19 status of Members of Parliament.

“Reports that the virus has spread to the Chamber and offices of Parliament is very disturbing. While it is important to give hope to citizens, it is absolutely necessary to be transparent and communicate the full picture of the extent of the disease,” he said.

The former president’s call comes at a time when the leadership of Parliament has been accused of lying to Ghanaians following reports that two members of parliaments and 13 parliamentary staff have been infected with COVID-19.

On the instruction of the Speaker of Parliament, Prof. Aaron Mike Oquaye, a mass COVID-19 testing was done in parliament about two weeks ago for the legislators and parliamentary staff.

The Minority Chief Whip, Mubarak Mohammed Muntaka , later insisted that the report was true and lambasted the leadership of Parliament for trying to “conceal the truth.”

Prof. Oquaye later described as unacceptable what he terms as the unilateral declaration of COVID-19 results of persons in public, saying such actions “fuel stigmatization.”

The Member of Parliament for the North Tongu Constituency, Samuel Okudzeto Ablakwa had earlier also called for the full disclosure of the COVID-19 test results of Members of Parliament.

“I am totally disappointed in how the COVID-19 testing of MPs and Staff of the House has been managed. There should be nothing to hide. Let us lead by example and in a way that avoids entrenching stigmatization which is becoming a major challenge in the national coronavirus response. Many world leaders and institutions of repute have not concealed the result of their tests, the Ghanaian Parliament shouldn't be an unworthy exception,” Ablakwa noted. ---citinewsroom