No room for complacency as France's strict lockdown lifts 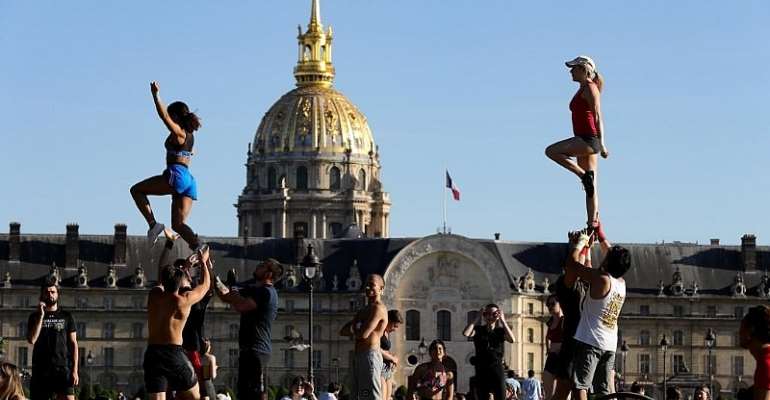 "Things are looking good, but not good enough to return everything back to normal," Philippe announced Thursday as he unveiled the new map for easing lockdown restrictions.

All of France went green, with the exception of Ile-de-France, Guiana and Mayotte where there is still cause for concern.

The new orange classification takes Ile-de-France, Guiana and Mayotte out of the previous red danger zone.

What does this mean?
In orange zones, bars and restaurants will only be authorized to serve customers on terraces, while most primary schools are now open in most areas.

From a health perspective, these zones are considered to be not as virus-free as all other regions designated green, and the easing of restrictions will move more cautiously.

No room for complacency
This new map takes into account several factors such as the availability of tests, the pressure on intensive care beds and emergency room admissions.

The French prime minister said that the spread of the virus had slowed quicker than hoped for, but insisted there was no room for complacency.

Detailing the differences between départements on the map, Health Minister Olivier Véran said Île-de-France was in a "particular" situation due to the region's population density and the "high circulation of the virus" in départements such as Val d'Oise.

Living with virus
"We have decided that decisions in Île-de-France should be taken on a regional level and not a départemental level," Véran said, stressing that the situation would be followed closely in all of the country's départements.

In Mayotte, which has been hit hard by the coronavirus, more than 60 percent of those infected are in intensive care.

"I repeat, being green does not mean the virus is gone," the health minister said.

More than 28,600 people have died of Covid-19 in France. On Thursday the death toll rose by less than 100 for the eighth day running.