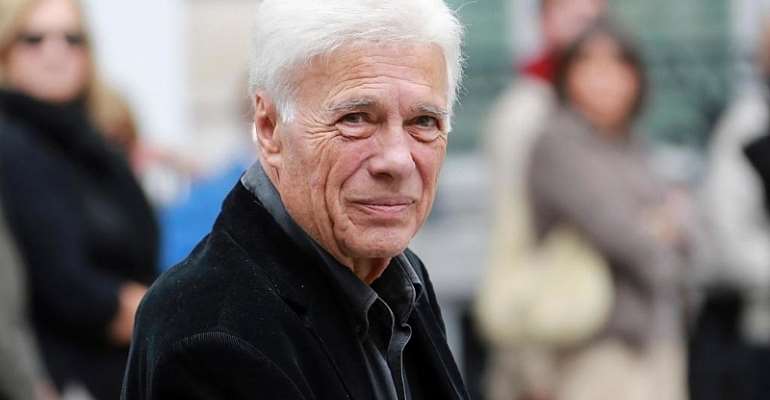 Comedian and actor Guy Bedos died at the age of 85 on Thursday, y his son Nicolas said on social networks.

"He was handsome, he was funny, he was free and brave. How proud I am to have had you as a father. Kiss (Pierre) Desproges and (Jean-Loup) Dabadie, since you are all in paradise," Nicolas Bedos announced on Instagram and Twitter.

His death comes a few days after that of his friend Jean-Loup Dabadie, who wrote the sketch Bonne fête Paulette for him.

Consecration in 1968
Born in Algiers in 1934, Guy Bedos made himself known with his biting sketches, first as a duet with Sophie Daumier whom he married, including the one called La drague - or 'flirting', which revealed them to the public in the early 1960s.

The consecration came in 1968 with a single on stage at Bobino theatre, then roles on the big screen, very often with director Yves Robert.

Half a century after his debut, he said goodbye to the one-man show at the Olympia in 2013. But he continued to do theatre.

'Couscous left-wing'
He loved to play the role of editorialist, with his famous cards, exercising his verve against the Le Pen family, but also Nicolas Sarkozy, Jean-François Copé, Nadine Morano - who sued him for defamation but lost his lawsuit in 2015 -, or François Hollande and Manuel Valls.

For, over the years, the defender of undocumented migrants (he was still demonstrating in favour of migrants from Calais at the age of 80), the admirer of Camus and the fight for freedom, reserved his most biting jokes for his camp.

A small man with white hair and mischievous black eyes, this sniper belonging to the "couscous left-wing" was virulently shooting at the "caviar left-wing", saying: "I can't be disappointed by the right, because I don't give a damn about the right. Only the left will disappoint me."

Those who didn't like him called him a "bad guy": "I've been given that reputation, which I don't like. "I don't want to hurt people at all costs. But I can be violent, yes," he admitted.

Married three times - to Karen Blanguernon, Sophie Daumier (who died in 2003 from a rare genetic disease) and Joëlle Bercot - he is the father of four children, Leslie, Mélanie, Victoria and Nicolas, who became a successful screenwriter and director.

New Voter's Register Riddled With Errors, So Go Check Your N...
1 hour ago