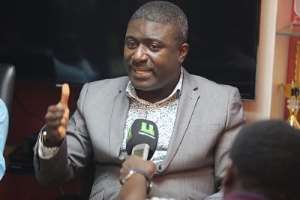 One of the reasons the opposition National Democratic Congress (NDC) gave for their recent boycott of an Inter-Party Advisory Committee (IPAC) meeting was the fact that their invitation letter had the wrong time on it.

Initial letters sent out by the Electoral Commission (EC) had 10pm stated as the time for the IPAC meeting. This was later changed to 10am after the Commission realised their mistake.

The EC on Wednesday, May 27, 2020, provided updates on its plans for the compilation of the new register at an IPAC meeting. It divided the political parties into two groups.

But the National Communications Officer of the party, Sammy Gyamfi, claims the elections management body “deliberately gave them a wrong time.”

However, the EC believes the NDC is trying to brew a storm in a teacup.

Throwing more light on this during a one-on-one interview on Peace FM morning show 'Kokrokoo', Deputy Electoral Commission Chair, Dr. Bossman Asare indicated that the EC changed the time and sent corrected copies to the various political parties through their emails.

He said the letters were sent to two executives in the NDC (names undisclosed) and he has evidence to that effect.

Dr. Bossman Asare further said the NDC is just trying to use the '10 pm' error as an excuse.

"We all know that meetings are not held at 10pm; it was a mistake and our email trail shows that the corrected letters went to two NDC executives. My interpretation is that they are just using it as an excuse," he stated.