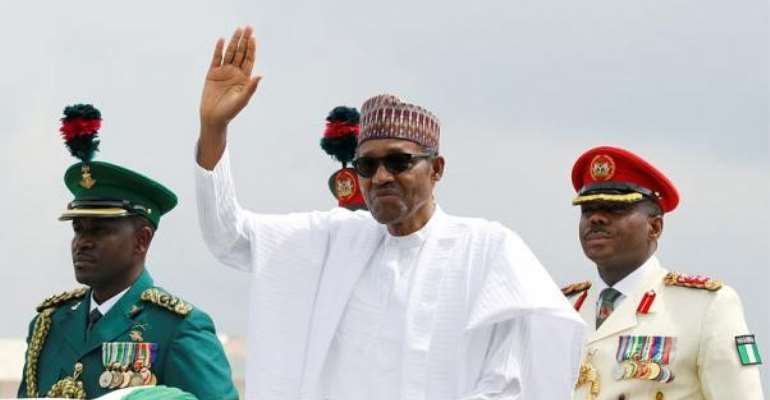 “The time has come to act, to take decisions, to give strong leadership and to change this country for the better. And though the Queen has just honoured me with this extraordinary office of state, my job is to serve you, the people. If there is one point we politicians need to remember, it is that the people are our bosses. My job is to make your streets safer – and we are going to begin with another 20,000 police on the streets and we start recruiting forthwith. My job is to make sure you don’t have to wait 3 weeks to see your doctor (GP) and we start work this week with 20 new hospital upgrades, and ensuring that money for the National Health Service (NHS) really does get to the frontline. My job is to protect you or your parents or grandparents from the fear of having to sell your home to pay for the costs of care and so I am announcing now – on the steps of Downing Street – that we will fix the crisis in social care once and for all, with a clear plan we have prepared to give every older person the dignity and security they deserve. My job is to make sure your kids get a superb education wherever they are in the country and that’s why we have already announced that we are going to level up per pupil funding in primary and secondary schools and that is the work that begins immediately behind that black door. And though I am today building a great team of men and women, I will take personal responsibility for the change I want to see.” Those were the words of Boris Johnson when he took up the mantle of leadership as the Prime Minister of Great Britain on 24 July 2019.

And it is in the context of this great speech of commitment that I want Nigerians to once again review the brand of politics their politicians have decided to play, or are forced to play by circumstances surrounding their history. And of course it would be important to know whether or not that is the brand of politics Nigerians want and would love to get along with.

I hasten to recall that I once suggested in a Face Book posting that with a Muslim President and a Christian Vice President, there was no reason the country should continue to have religious conflicts if Nigerians had leaders who led by example, leaders they trusted and believed in. And that was because good and credible leaders must lead by example. And what Nigerians need are trusted leaders whose examples can be imitated by their followers, not rulers as the current leadership tends to portray in the simple example I have just given about religious conflicts in the country.

Since it acquired self rule from the British in 1960, Nigeria has passed through many tough crucibles – from terrorist insurgencies to religious conflicts in the North, and from land disputes in the Middle Belt to armed agitations over resource control in the Deep South. These were serious issues that would have brought any weak country down on its knees. But Nigeria managed to hold on to some semblance of stability and stood its ground, even if on shaky legs. It remained to address the issues that largely constituted the main hurdle in the country’s march towards true democracy.

And I think that time is now, to address the basic reason the pendulum of Nigerian politics has kept swinging from left to right and from right to left without anchoring, and the equitable distribution of the dividends of democracy has remained a herculean task for Nigerian politicians. If we take a cursory look at events in the last 50 years in Nigeria, we will easily discover that the reason is that Nigerian politics has consistently been based on the acquisition of power. It is all about grabbing power and authority and not about service to the people which is actually what politics should address. Service to the people.

In an article titled “The Horse and the Horse Rider” on page 266 of the Volume 2 of my book: ‘The Presidential Years from Dr. Jonathan to Gen. Buhari’, I mentioned that the understanding among the country’s military generals was that they were the horse riders and the country and its people were the horse. The trophy to be won was to become the Number One citizen of the country. And in all of that, chivalry, guts, wealth, fame and vendetta were at stake and they were clearly spelt out as the components of winning. Nigeria’s military generals had never made a secret of this ‘understanding’ in references about their rather bizarre disposition. In his clarion call which was made partly to bring the attention of Nigerians to what he observed as the shoddy performance of President Buhari’s government, for example, former President Obasanjo openly confirmed this assertion when he said about the incumbent President: “Even the horse rider then, with whom I maintain very cordial, happy and social relationship today has come to realize his mistake and regretted it publicly and I admire his courage and forthrightness in this regard. He has a role to play on the sideline for the good of Nigeria, Africa and Humanity and I will see him as a partner in playing such a role nationally and internationally, but not as a horse rider in Nigeria again. President Buhari needs a dignified and honourable dismount from the horse. He needs to have time to reflect, refurbish physically and recoup and after appropriate rest, once again, join the stock of Nigerian leaders whose experience, influence, wisdom and outreach can be deployed on the sideline for the good of the country. His place in history is already assured.” That’s Nigeria’s military generals for you.

But if truth be told, this hangover of the military quest for power, metamorphosing into Nigeria’s brand of politics of power is creating the wrong values and sending the wrong signals to the writers of Nigeria’s history. And it has to be checked now, before it becomes late. The influence of the military in the democratic evolution of Nigeria has become so dominant that it is doubtful if that institution will ever go back permanently to be barracks again. Soldiers are everywhere in the town, at checkpoints, in schools, even in markets. They have virtually taken over the duty of the police. In addition, there are so many irrelevant and unnecessary paramilitary organizations doing just the same type of job that the government needs to get rid of.

To be able to march more freely towards the attainment of true democracy, what the federal government must do now or in the nearest future is to scale down the security outfit to just four. At the moment, there are the State Security Service, the Nigeria Police, the Nigerian Armed Forces, the National Security Organisation, the National Intelligence Agency, National Security and Civil Defence, National Drug Law Enforcement, Defence Intelligence Agency and Civil Joint Task Force. This proliferation of security architecture is only a waste of money and government must find it politically expedient to cut down on unnecessary expenditure in governance. What Nigerians would need are the Armed Forces, the Police Force, the State Security Service and National Security Organisation. All other arms of security must be disbanded and everyone who worked in them asked to join any of the four most relevant forces.

Indeed, there is a general feeling among Nigerians that this proliferation of armed security outfits is a part of that ‘understanding’ among the country’s top military generals to institutionalize respect for each other by keeping and paying the institutions they set up while they were head of state, even if the institution was no longer relevant to the needs and aspirations of the Nigerian people. It had to be kept and maintained with public funds. So, Mr. President has to look into this. Nigerians cannot continue like this, in this very shoddy and disorderly manner, hoping to lead Africa to the Promised Land.

What the country needs are just the Armed Forces to man the borders and fight any country that attacks Nigeria, the Police Force to maintain internal peace and order, the State Security Service on special surveillance and intelligence assignments like the CIA of America and the National Security Organisation having an eye on such other organizations as the Federal Road Safety Commission and the Nigeria Customs and Excise.

The country also needs to adopt just one Financial Crimes Commission. At the moment, there are the Economic and Financial Crimes Commission (EFCC) and the Independent Corrupt Practices Commission (ICPC), both doing the same work. One of them has to go and workers can be incorporated into the existing one. This exercise should not necessarily culminate in loss of jobs. Rather, their merger would enhance administrative convenience and make more sense in the disbursement of available funds.

The component ethnic nationality makeup of Nigeria is another factor that lends credence to the politics of power. There is the Hausa/Fulani, the Igbo and the Yoruba and beyond them, other smaller ethnic minorities such as the Delta and Middle Belt regions. Should a greater autonomy be granted to these regions to source for and manage funds within their territories, the foundation of the politics of power might be destabilized. Nigeria will not need politics of power to thrive and lead Africa into the next century. What they will need is the politics of service, predicated on adequate service delivery options.

Politics of power is already manifest in the current ruling party and it could compromise the decision-making process of government, creating a sense of foreboding fear among those who are not on the side of the ruling party. Government already spends much of its time chasing after corrupt public officers rather than address the system which produces corrupt leaders and corrupt officers. The current leaders in Nigeria must draw the line now. What do Nigerians need? Politics of power or politics of service delivery? They must ask questions and get answers. And they must work towards making their voters happy.

The people and their leader must decide what brand of politics Nigeria needs to grow in its leadership challenge. We are living in a world where every day events remind us of our common humanity. The world is increasingly being viewed in the context of good and bad people rather than white and black people. So, if Africa must tackle its global challenge to grow out of the woods and become the architect of its own destiny, Nigeria must be a leading role model in the struggle. If the country must attain true democracy, there is an urgent need to revisit its brand of democracy. Must it be politics of service delivery or politics of power?