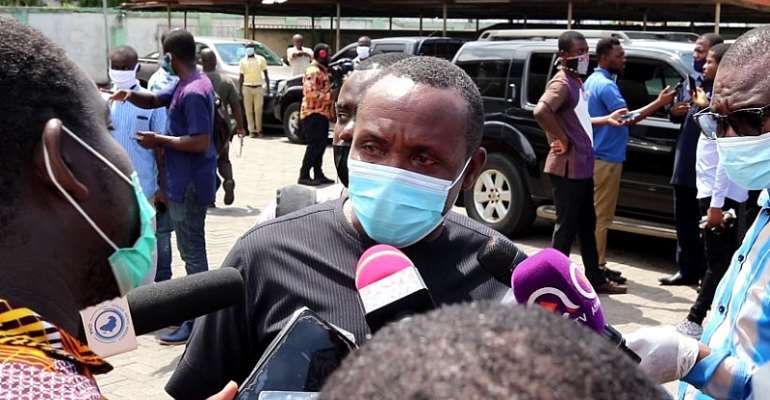 The ruling New Patriotic Party (NPP) is insisting that the 2020 general election is bound to happen on the scheduled date despite the novel coronavirus outbreak in the country.

There has been uncertainty on whether the December 7 presidential and parliamentary elections will be held or not following the ban on public gatherings amidst the COVID-19 pandemic.

The Electoral Commission (EC) even had to put on hold plans to compile a new biometric voters’ register ahead of the elections due to the disease.

But after an Inter-Party Advisory Committee (IPAC) held yesterday, Wednesday, the EC, in agreement with all the political parties present has scheduled the registration exercise to commence in June, putting back on track plans to organise the general elections in December.

Even though many still have doubts that the polls will be held this year looking at the time left to put all plans into action, the General Secretary of the NPP, John Boadu, said that there is no other option left than to hold the elections in December, per what the law says.

“As for December 7 [elections], it will happen. We have little room to manoeuvre according to our laws. We cannot have elections later than December 7. We can try and manoeuvre earlier than that but beyond December 7, there will be a constitutional crisis because we will not be able to get the Presidency to hand over either to himself or another person by 7th of January. So all of us must be alive to this reality and continue to encourage state institutions and our own institutions to be able to work and be able to go through the process so that December 7 comes into reality. We have no option at all,” he insisted.

The main opposition party, the National Democratic Congress (NDC), which has since been in disagreement with the idea to introduce a new register, boycotted yesterday’s IPAC meeting over claims that it had not been properly arranged.

But despite their absence, the EC says the desired aim of the meeting on the compilation of a new voters register was achieved .

The Director of Electoral Services at the Commission, Dr. Serebour Quaicoe explained that the Commission was unfazed since its decision to fix a date for the registration exercise was unanimously agreed by all the participating parties.

Meanwhile, the NDC says the party will still challenge the Electoral Commission's decision to compile a new voters' register.

The General Secretary of the party, Johnson Asiedu Nketia says the NDC will do all it can to prevent the EC from leading political parties and Ghanaians into a “dangerous and confusing situation”.