Brutal killings in DRC's Ituri could be crimes against humanity - UN 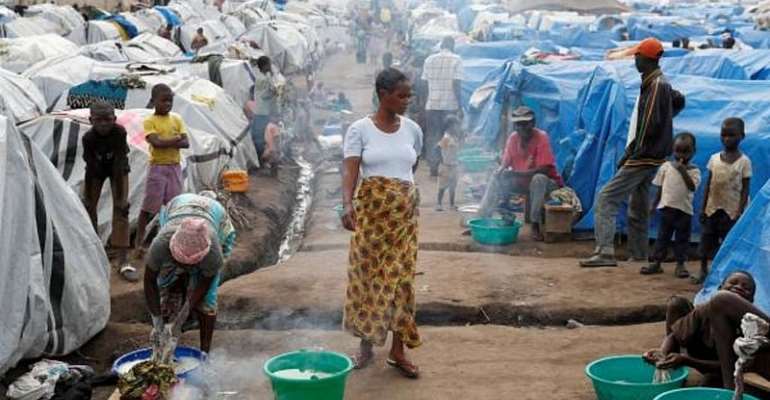 Brutal killings, rape and other crimes allegedly carried out by the ethnic Lendu community in Ituri province, northeastern Democratic Republic of Congo may constitute crimes against humanity and war crimes, according to the United Nations.

“The persistence of this violence is likely to push members of the communities targeted by the attacks, who have so far shown restraint, to form self-defence militias,” according to the United Nations Joint Human Rights Office (UNJHRO).

“This could increase the likelihood of large-scale inter-communal violence in the region,” according to UNJHRO.

A report out on Wednesday by UNJHRO indicates that during a period spanning six months to April 2020, at least 296 people were killed, 151 wounded and 38 raped. Women and children ae among the victims of barbarous acts committed primarily by fighters with ties to the CODECO rebel group, many of whom are Lendu.

The most recent attacks starting in March against civilians not only targeted the Hema and Alur communities, but included communities in the area who had previously been spared, said the UNJRHO report.

CODECO's leader Justin Ngudjolo was killed in an army ambush in March, creating a power struggle and split within the group.

Some of the worst fighting took place between 1999 and 2007 in the quest for Ituri's rich natural resources, which includes gold, diamonds, oil and coltan.

The fighting between rebel groups morphed into ethnic violence between the Hema and Lendu communities.

Hundreds of thousands of people in the area have been displaced since June 2018, with total displaced in Ituri more than 1.2 million people, said UNJRHO.

“There is a high risk that leaders with more radical positions will emerge and plunge the area into a more serious cycle of violence, with even more attacks against (the army) and civilians,” UNJRHO said in the report.