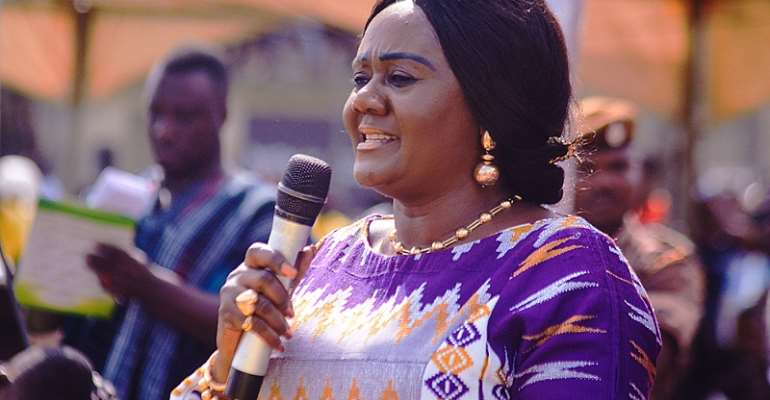 The Minister for Tourism, Arts and Culture, Barbara Oteng-Gyasi has announced that the Year of Return initiative raked in tourism receipts amounting to $3.3 billion.

According to her, the average expenditure per tourist was $2,391. She said the amount was spent in areas such as accommodation, food, and beverages, shopping, local transport, and entertainment.

In responding to questions in Parliament today, May 28, 2020, the Minister noted that the government intends to build upon the success of the Year of Return initiative.

“By the end of 2019, the international arrivals reached 1.13 million from 956,372 in the year 2018 which was 27% growth which was above the global average of 5%. The average expenditure per tourist increased from $2,708 in 2018 to $2,931 in 2019. The receipts attributed to tourism is, therefore, $3.312 billion. The increased number of travellers to Ghana positively impacted five sector industries such as airlines, hotels, tour operators, restaurants, and arts and craft dealers to name a few,” she said.

Meanwhile, the Ghana Tourism Authority has earlier said it spent about GH¢6 million on promoting the Year of Return campaign in and out of the country.

The Chief Executive Officer of the Authority, Akwesi Agyemang said the expenditure did not include spending on media documentaries.

About the Year of Return

The Year of Return campaign, was an initiative by the Akufo-Addo government, focused on encouraging African diasporans to come specifically to Ghana to settle and invest in the continent.

It was launched in September 2018.

The initiative saw an array of celebrities across the globe making their way into Ghana to explore, learn and appreciate their roots, as well as, unite with Africans on the continent.

Steve Harvey, Nicole Ari Parker, Diggy Simmons, and Micheal Jai White, Ludacris, Cardi B, and Bozoma Saint John were among a host of celebrities who visited Ghana during the period.

Donald Trump paid just $750 in tax during first year in offi...
37 minutes ago

Extend Voter Exhibition Exercise To Bring Back Register For ...
39 minutes ago