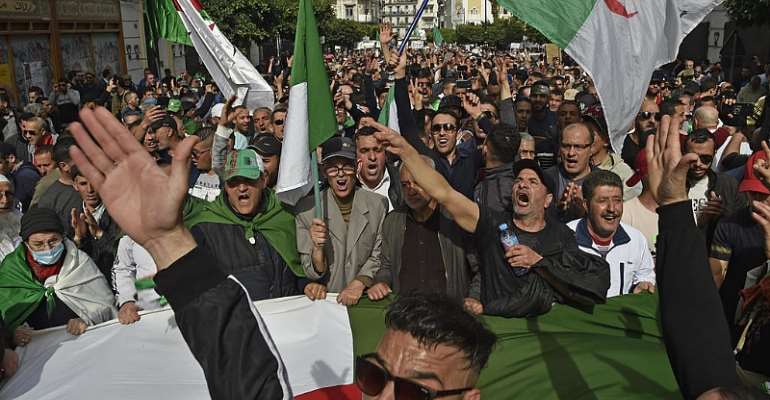 Algeria has recalled its ambassador in France, in response to the airing of two documentaries on the anti-regime protest movement known as 'Hirak'.

The Algerian foreign affairs ministry said the decision by French television to do so was an "insult" to his country's institutions.

Hirak, is the name given to a the weekly anti-government protests which began over a year ago to demand the departure of veteran Algerian president Abdelaziz Bouteflika, sparked by his announcement that he would stand for a fifth term.

The protest movement's activities have come to a halt of late due to the Covid-19 epidemic.

France Televisions simply responded to AFP's request for reaction to the Algerian minister's accusations with a blunt "no comment".

Strong reactions to the showing of Algérie mon amour, directed by French journalist of Algerian origin Mustapha Kessous, quickly appeared on social media, illustrating the stark divisions in society over the protest movement and the discussion of cultural taboos.

The documentary features frank personal accounts of the uprising from the perspective of five participants in their 20s, three men and two women from Algiers, Oran and Tizi Ouzou.

"The screening of programmes such as these on French television, under the banner of freedom of expression, are in fact attacks against the Algerian people, its institutions, including the national army (ANP)," the Algerian foreign affairs ministry said in a statement.

Reviving colonial tensions
"This form of spiteful activism simply reveals the longstanding and dishonest intentions of a certain milieu of people who don't wish to see peaceful relations between Algeria and France, even after 58 years of independence, and ties which cannot be undermined by blackmail," it continued.

France and Algeria have often had tense ties since Algeria won independence in 1962 after eight years of war.

New President Abdelmadjid Tebboune, elected in December, had earlier this year called for "mutual respect" in Franco-Algerian relations, saying his country "will not accept any interference or tutelage" from abroad.

He was referring to statements made by French President Emmanuel Macron early on in the Hirak protest movement, calling for "a transition of reasonable duration" – remarks seen by Algiers as "interference" in its internal affairs.

Crackdown on media
The diplomatic spat comes as the crackdown against opposition, independent media, and internet users continues to be reported.

In a further development, Algerian courts on Wednesday refused to allow bail for the journalist Khaled Drareni, held in detention since March.

The founder of the Casbah Tribune website and a correspondent for French-language channel TV5 Monde and press freedom group Reporters Without Borders (RSF) has since become a symbol of the fight for press freedom in the country.