Ethiopia unlocks one of the world's last closed telecoms markets 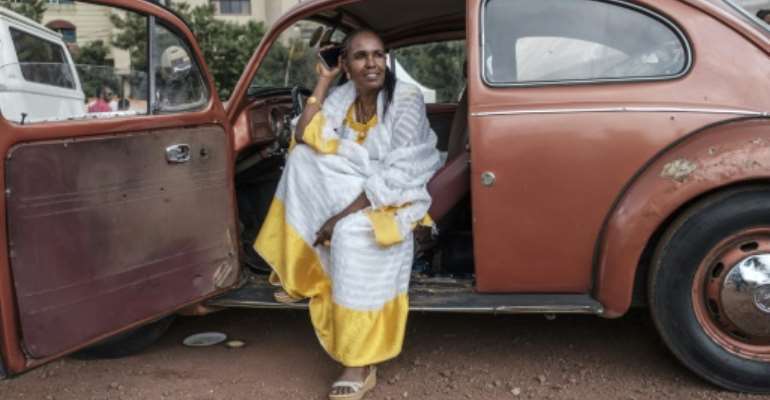 When the internet is down or too slow to use, customers struggle to place orders on the website of Deliver Addis, Sisay's e-commerce employer, meaning he has little to do.

Other times, when the phone network is jammed, Sisay can't reach customers to complete deliveries -- he wastes precious time standing outside their homes, dialling in vain.

Sisay is thrilled, then, that after years of build-up, change finally seems to be coming to Ethiopia's stunted telecoms sector, one of the last closed markets in the world.

Officials also plan to sell a 40-percent stake in Ethio Telecom, a move they hope will make the firm more efficient.

"For a business like ours, telecoms is crucial, and it's the most difficult challenge we face," Sisay told AFP during a break from his rounds one recent afternoon.

"I've heard that many countries have a better connection compared to us. I'm hoping ours will improve when other companies join the market."

The shake-up of the telecoms sector is a cornerstone of Prime Minister Abiy Ahmed's economic reform agenda, although there are several big unknowns.

These include how much money outside firms will need to fork up to enter the market and what, exactly, the revamped sector will look like.

"I think everyone in the tech scene has at one point or another been wondering, 'When is this going to happen?'"

The Ethiopian Communications Authority, the regulator, has given firms until June 22 to submit expressions of interest for licences. 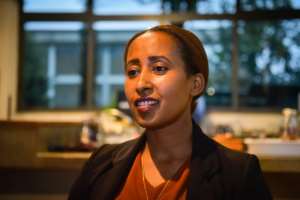 Mehret Eyob says customers at Galani Coffee where she works are frequently frustrated by internet outages. By Michael Tewelde (AFP)

The value of licences could well exceed $1 billion each, and firms will also need to finance improvements to telecoms infrastructure held back by years of underinvestment.

Analysts point out that many firms see the cost as a bargain, given Ethiopia's population of 110 million -- plus the fact that Ethio Telecom currently has only around 44 million subscribers.

"Ethiopia obviously represents this new growth area, and any operator would want to get in on the ground floor," said Chiti Mbizule, analyst at Fitch Solutions.

"But despite the significant potential that we maintain Ethiopia has, for any player entering this market, it's not going to be cheap."

There are some concerns that outside firms' operations will be limited.

That could be a problem for companies like Safaricom and Orange which place mobile money at the centre of their business models.

Additionally, Ethiopia has developed a reputation for extended internet shutdowns during periods of social unrest and more innocuous events like national exams.

One of the most important things going forward will be for the government to assure outside firms they'll be operating on a "level playing field" with Ethio Telecom, said Zemedeneh Negatu, chairman of the US-based Fairfax Africa Fund.

"It's the biggest untapped market left in the world, so all the serious players are pretty excited about the Ethiopian market," Zemedeneh said.

"But on the Ethiopian side, we have to make sure to monetise that."

Perhaps inevitably, the telecoms reforms face political headwinds as Ethiopia gears up for national elections that, before the coronavirus pandemic, were planned for August.

Some critics accuse Abiy, who was appointed prime minister in 2018, of overstepping his mandate by selling off part of Ethio Telecom, a profitable state-owned firm. 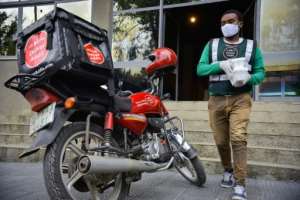 For Sisay Alebachew, a food delivery driver in Addis, poor telecoms can wreck a day's work. By Michael Tewelde (AFP)

"If you were elected democratically on the agenda that you're going to be selling strategic assets, then you don't have to wait for elections," said Alemayehu Geda, an economist at Addis Ababa University. "But this government didn't come via an election with an agenda of selling."

The worst outcome would be if the government were to simply "cash in" on reforms without guaranteeing service gets better, said German Ambassador Brita Wagener, though she stressed that so far officials seem committed to doing "a thorough job".

"The IT sector needs a lot of improvement in the country. The internet has a lot of problems," Wagener said. "We see that particularly now with all the virtual meetings we are having."

Abiy's team, for its part, seems determined to push forward with telecoms reforms even amid a state of emergency prompted by the coronavirus pandemic.

That's welcome news at Galani Coffee, an upscale cafe in Addis Ababa where customers routinely park themselves for hours to work on their laptops.

"Whenever there is an internet outage they get frustrated," cafe supervisor Meheret Eyob told AFP before closing one recent evening, as the last tables settled their bills.

"Most of them complain, and some of them don't ever come here again because of this."