Address Selective Justice In The Enforcement Of Fisheries Laws--Gov't Admonished 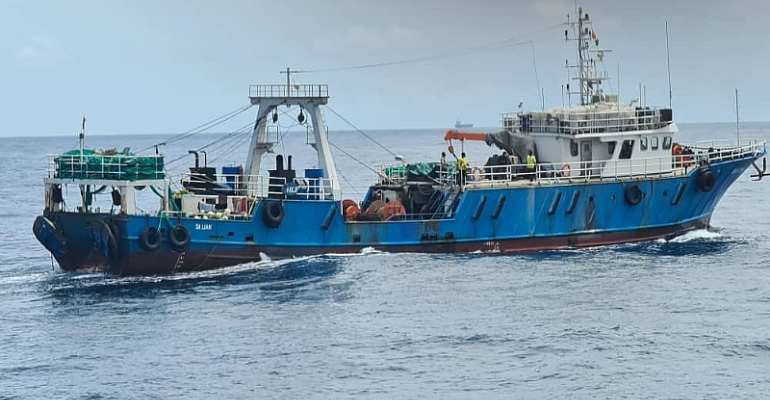 Mr. Donkris Mevuta, the Executive Director of Friends of the Nation, a Research and Advocacy NGO, has advised the Government to Stop Selective Enforcement of the Fisheries Laws.

Engaging journalist in Sekondi with funding from the BUSAC funds, Mr. Mevuta explained that Ghana has good laws and management plans for the fisheries sector, however weak implementation of the laws has been the major problem for many years.

He stressed that a good and comprehensive legal and regulatory framework is a fundamental requirement for sustainable fishery and aquaculture management. However, there is no value if the laws cannot be implemented with high compliance and deterrence.

Also Mr Kyei Kwadwo Yamoah, the Programmes Manager of Friends of the Nation, advised that selective enforcement should be avoided because fisher’s perception of biases is amplified as they see themselves as victims but not perpetrators or breakers of the law.

Therefore, the lack of equity in enforcement contributes to conflicts among different fishers to the detriment of the overall fisheries enforcement process. For example, he explained that the issue of illegal fishing referred to as SAIKO which is openly being done at Elmina and other places, has been endorsed by the Ministry of Fisheries and Aquaculture Development (MOFAD).

He questioned why the Government could support such illegality and turn round to attempt to enforce other fisheries laws. He said the endorsement of SAIKO by MOFAD is a clear indication of selective enforcement.

He noted that already fisherfolks in Ghana had complained about the fact that the Fisheries Enforcement Unit (FEU) has never conducted any enforcement operations at the SAIKO landing site at Elmina for many years but the FEU on some occasions had gone to confiscate illegal nets of canoes at the same landing site and openly ignored the illegal activities of the SAIKO operators at the same landing site which is dominated offshore by the Chinese. Mr. Yamoah noted that with the formalization of transshipment (SAIKO) this perception of selective enforcement has been entrenched. This will make it difficult for the government to enforce other laws on illegal fishing.

He thanked the BUSAC funds that are supported by DANIA and USAID for supporting the advocacy for effective implementation of the fisheries laws.