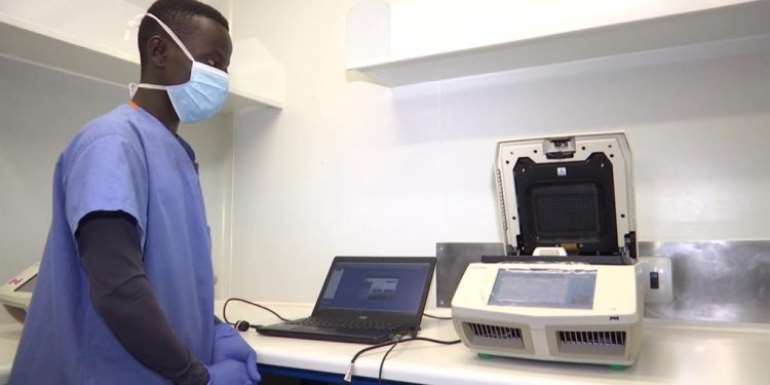 The main COVID-19 testing Centre in the Western region – the Takoradi veterinary laboratory turned isolation centre has been hit by shortage of testing materials.

As a result, the centre which projected being able to conduct 300 tests per day is now testing 200 samples daily.

The Western Region has recorded 344 COVID-19 cases with 4000 tests conducted so far.

Speaking to Citi News, the Head of the Takoradi Veterinary Laboratory, Oliver Boakye Dankwa, said his outfit is overwhelmed by the increasing numbers.

“Currently, we are doing 200 samples a day. Initially, when we started, we anticipated that we could do 300 a day but we are still working around the clock as it is now. We do have challenges and the challenges are usually with the supply. When we started there were only nine cases in the Western Region but since we started testing, we are picking up more positive cases. It has meant that we’ve had to go back and do more testing because we were receiving more contacts from these positive persons so the volume of work keeps increasing. So the things we use such as the kits and reagents can’t meet what we anticipated.”

In a related development, the Prestea-Huni-Valley Municipality in the Region is said to be running out of COVID-19 isolation space following the increasing number of COVID-19 cases in the area.

The Chief Executive Officer for the Municipality, Dr. Isaac Dasemani has said the assembly is currently seeking to acquire new space from a private facility to be used as isolation centre.

Meanwhile, market women at some of the markets earmarked for closure in Sekondi-Takoradi say they are likely to record losses if the closure is not suspended till Monday.

The Metropolis has so far recorded over 100 cases out of the 344 cases in the Western Region.

One of the market women said: “the announcement came as a shock because they didn’t inform us. I went to buy goods yesterday and immediately I returned, I heard the market is going to be closed so they have to do something about it by giving us some time so we can sell what we have in stock.”

“I have bought cabbages and carrots thinking that my market will not be affected because we observe the safety protocols. My sister also went to Bolagatanga to purchase watermelons. What are we going to do now? Our foodstuff will go bad”, another mentioned.