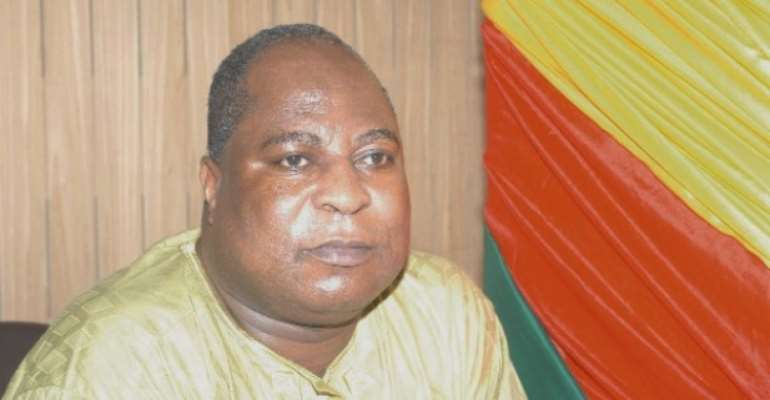 The Greater Accra Regional Minister, Ishmael Ashitey has appealed to corporate entities and financial institutions to assist the Ga Traditional Council led by the Ga Mantse, King Tackie Teiko Tsuru II to bring the Ga state back to its past glories.

He says the development of the Ga state has been delayed due to the numerous chieftaincy issues that characterize the annual Homowo festivities of the Ga community.

Paying homage to the newly-inducted Ga Mantse, the Regional Minister made a call for a restoration of the peace and dignity of the Ga state.

“Let me use the opportunity to ask all commercial entities including the financial entities and anybody operating within the Greater Accra Region as a corporate social responsibility rehabilitate the Ga Mantse palace and the Ghana Traditional Council Office. Because of the numerous quarrels they had over the years they have abandoned the place and the whole place is deteriorated and therefore it is up to our commercial entities in the region to take it up and assist in rehabilitating it for occupancy”

The Ga state has been in turmoil since 2013 when the then Ga Mantse, King Tackie Tawiah III passed away, with multiple personalities claiming the stool.

The Ga Mantse was installed by the Dzasetse of the Ga State, Nii Dr. Tetteh Kwei II, and the accredited heads and elders of the Ga Paramount Stool, known as Dzaase in 2015.

Known in private life as Dr. Kelvin Nii Tackie Abia Tackie, he was nominated after the kingmakers consulted the nominal head of the Ga Paramount Royal Ruling House, Teiko Tsuru We.

King Dr. Tackie Teiko Tsuru II promised to bring unity to the Ga Dangme state. This, he says will restore the state to its rightful place in Ghana.

He has also called on his subjects to observe the coronavirus safety protocols.

“I did not come to rule over you. I came to serve you. I have to bring unity amongst us so that glory will return to the Ga state. We want prosperity and peace. The Ga state will never be the same,” he said during his installation.