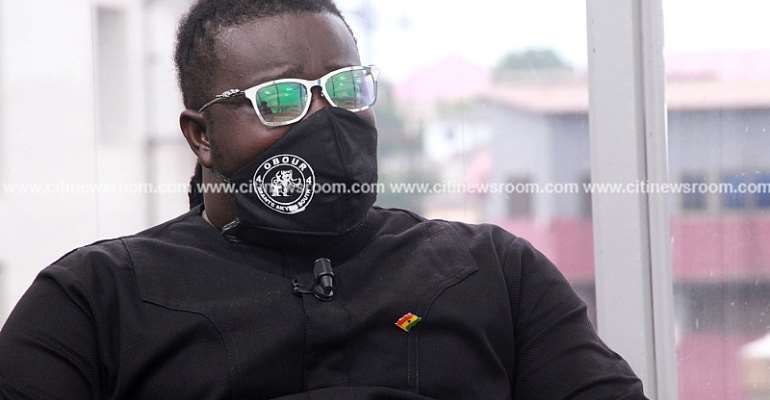 Former President of the Musicians Union of Ghana (MUSIGA), Bice Osei Kufour, popularly known as Obour believes he is the most suitable person to lead the governing New Patriotic Party (NPP) as its parliamentary candidate in the Asante Akyem South constituency in the Ashanti Region.

The musician said despite being his first attempt in his political career, he posses the relevant qualities that make him unmatched among the five aspirants seeking to lead the NPP in the constituency in the 2020 parliamentary elections.

Speaking to Godfred Akoto Boafo on Citi TV‘s current affairs programme, Face to Face, Obour said although the incumbent legislator, Kwaku Asante-Boateng is seeking re-election and seem to be popular within the constituency, the musician said: “I think my campaign is standing out. As for popularity, my popularity in the constituency keeps soaring.”

Obour was of the view that the value of his networks, hard work and service are key attributes that make him a better candidate compared to the other aspirants.

“I feel the delegates have tested Kwaku Asante Boateng…They’ve tried him, they voted for him to become constituency chairman, they’ve voted for him to become a Member of Parliament. They’ve seen what he can do… [but] I am a hardworking guy who is well-networked whether in opposition or in power. I sit on dinner tables with presidents. I do functions that presidents honour. In politics, these are things that matter in politics. This is the quality of the person we are talking about.”

Obour told Godfred Akoto Boafo that because Members of Parliament consistently have to lobby for various developmental projects for their constituencies, his skill will come in handy to ensure that the Asante Akyem South constituency gets an uplift.

“Currently, in Ghana, I’m serving on several boards. I am someone that when given that chance, I can produce something… As an MP, majority of the things you will bring, you have to lobby for them, and if Obour was able to take MUSIGA from a point where it was in debt and when he was leaving, he left more than GH¢2 billion in MUSIGA’s account, he is someone we should try,” the former MUSIGA President said.

Being the new face in the race with most of his contenders being ex and current MPs, Obour said he believes it is time for him to be given the chance as the parliamentary candidate for the NPP in that constituency.

“We tried [Alex] Kwaku Korankye for eight years. We also tried Gifty Ohene Konadu for eight years. Luckily we have tried Kwaku Asante-Boateng for eight years, [so] let’s also try Obuor and see. There is no crime in this. It is a very easy decision for the people to make,” he added.

Meanwhile, the incumbent MP, Kwaku Asante-Boateng, has called the bluff of Obour, describing him as alien to the constituency.