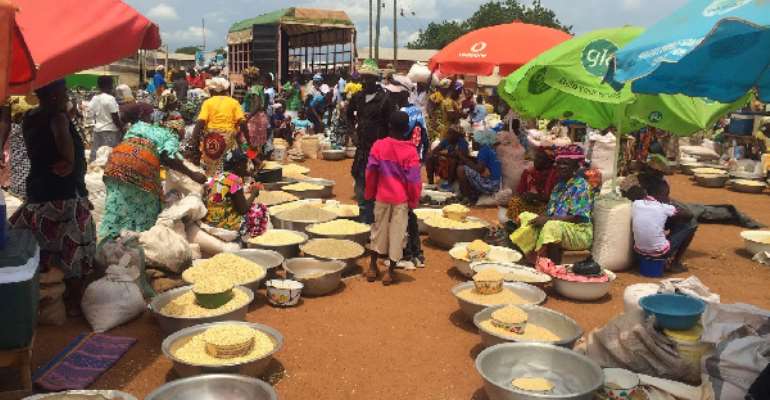 The Fumbisi market in the Builsa South District of the Upper East Region has been re-opened to traders and buyers after it was closed.

The Assembly shut down the market indefinitely over security unrest following the murder of a young man in the Central Business District on Wednesday, May 20, 2020.

“The incident happened on a market day and looking at the fact that today is another market day, signals were picked by the security that the community which lost the loved one will make a counter-attack today. So DISEC thought it wise to put in measures to ensure that the unfortunate incident that happened never repeats itself. So yes, the market is opened to the public today but a decision has been taken that by 6 pm, everybody should leave the market place. In fact, we have brought reinforcement from the district command so as we speak, the market is secured where police are on patrol to ensure that nobody disturbs the peace in the market.”

The District Security Council (DISEC) led by the District Chief Executive, made the early closure decision at an emergency meeting to mitigate any unforeseen security threat.

The Assembly has assured that they “are not relenting on their efforts and will soon arrest the perpetrator and his accomplices to face the full rigours of the law”.

The young man in his 20s lost his life during a fight that broke between two youth groups at the market.

He had his throat slit and bled to death.

It is unclear what might have led to the misunderstanding but it is believed the deceased’s girlfriend is at the centre of the confusion given the numerous fights between the two in their relationship.

There are fears of a reprisal attack but the Assembly has urged restraint among the public while asking them to volunteer information to apprehend the individuals behind the heinous crime.

VIDEO: May Ken Agyapong Suffer From Paralysis And Be Numbed ...
10 minutes ago