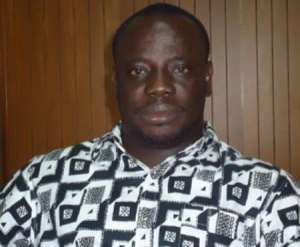 The Member of Parliament for Kpandai, Matthew Nyindam has described as reasonable, the demand by some ex-legislators for their salary arrears.

The ex-MPs under the umbrella of the Forum for Former MPs want the government to settle what they deem as arrears owed them amounting to GH¢29.7 million.

Meanwhile, the Kpandai MP in an interview said: “From my little experience as a Member of Parliament, I don’t think my colleagues are far from the truth. This has been the practice. There are allowances that are due you that as we sit here, you wouldn’t know about. So, until that Presidential Commission is out to determine your emoluments, you won’t know. So it is very reasonable that those who are fighting [for the arrears] will have it.”

Meanwhile, some former MPs have indicated their preparedness to further push for the arrears to be paid to them.

A former MP for Sege, Alfred Abayateye, in a Citi News interview said he will go to any lengths including the International Courts of Human Rights to ensure that arrears and gratuities due him and his colleague former MPs are paid.

“I will follow this issue because I have been cheated. I was shortchanged. So even if it is to go to the international court, some of us will organise and go so that Ghana will pay,” he said.

Accra: One Killed As 4 Cars, 2 Motorbikes Collide At Anyaa
32 minutes ago