Factors That Lead to Failure of Student Leaders 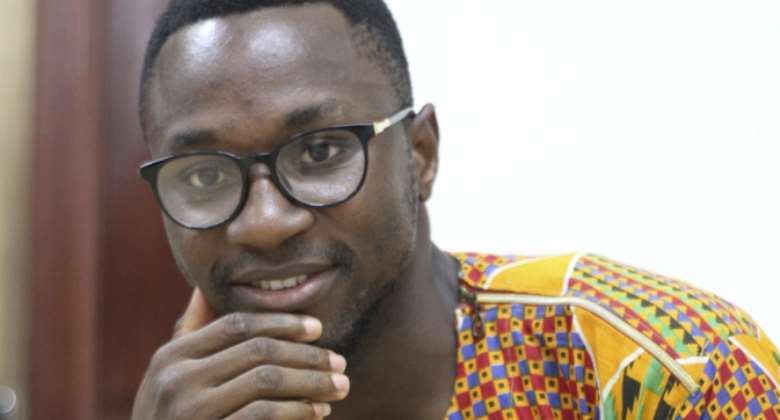 Schools like the University of Professional Studies, Accra (UPSA) have started their online exams. Others like the Ghana Institute of Journalism (GIJ) and the University of Cape Coast (UCC) are set to start in a few days time. From the look of things, students have accepted the phenomenon of writing exams online.

I remember how most of the students on my campus 'roasted' me for publishing an article supporting the online exams when the issue first came up. I encountered stiff opposition and vehement outbursts of disappointment from many colleagues. The SRC executives were also at their wit's end as to how to avoid biting the hand feeds them (students) without slapping the dog in which mouth their finger is (management).

During that period, I took some time to think about student leadership and how to reach the perfect balance between students interests and management policy actions. I thought about what factors account for why, it seems, that various universities' management and other school administrators do not listen to students leaders when they speak on behalf of their people. I thought about why it is only on rare occasions that you find school authorities changing their position on an issue because of student agitation.

In the process of brainstorming, a few ideas came to mind which, in my opinion, can explain why student leaders are unable to get the best deals from school authorities. These I have named as follows: the Nagging-Wife Syndrome, the Toothless Dog Effect, the Solution-less Problem, and the Know-It-All Disease.

When you read the history of the National Union of Ghana Students (NUGS), you'd find out that the union was created as a revolutionary body, sort of, against school managements and political policies that disadvantaged students in Ghana. That spirit of being the opposition to managements has been handed down like an oral tradition for student leadership over many generations.

Now, it has become a code of conduct, a conspicuous feature in the modus operandi of student administrations and a matter of principle that students leaders must always find something wrong with managements' decision and rally students to oppose it. So, in the eye of these young leaders, if it's coming from school authorities, then it's bad for students welfare and so must be fought openly and, often, with a demonstration. This idea has become so entrenched in the student politics arena that now Students Representative Council (SRC) hopefuls cannot campaign without adding it to their policy.

But student leaders must understand that when you oppose everything from management without looking at the merit of the policy, you become a nagging wife. When you bicker about everything, even when you make serious arguments, no one respects you. If you're a constant opposer, management will find a way around you. When that happens, even when you oppose something because it is truly disadvantageous to the students, no one will take you seriously.

Students leaders alternatively must learn to find the merits of management's decisions, explain how this immures to the benefit of students and persuade their followers to accept it. I don't think that any school authority has the constant disposition of destroying students. I mean, what does management stand to gain from always working against students' interest?

Any student leader who wants to succeed where many have failed must have the vision to know what students want but possess the discipline of giving them what they need. And sometimes, most times, what students need is a persuasion to understand management decisions.

Student leaders must understand that there are certain management decisions that are irreversible. Some of the policies come from above even the management. Other decisions are also made from a place of higher understanding than students and their leaders have access to. It's like security clearance in the CIA. Some information is reserved for higher levels of clearance.

Fighting such decisions is tantamount to becoming a toothless dog. You can bark, but you can't bite. And when you keep barking for a while, you become a nuisance. Management will begin to see you as a useless leadership (dog). And take it from me, school authorities do not respect such students leaders and sometimes, even find ways of disregarding your powers and reaching the student directly.

Instead of barking at everything, learn to be a sniffer dog. Sniff around for information and gather as much as you can get. Then, when you have enough information, you harness your strengths and resources and then you bark. And never bark alone. Ganner more voices and bark together. If management disregards your barking, then you bite. Next time, management will respect your position.

Leadership, no matter where and when, is fundamentally about solutions. A leader's respect is earned by his or her ability to come up with solutions to tackle problems faced by followers.

One of the problems of student leaders, for which reason managements often do not listen to them is that the former seem to only complain without presenting a better, more feasible, well-thought-through counter solution. If you say what the school authorities propose is not the best, what better options are you presenting? If plan A is not good, do you have a plan B?

I have always maintained, "don't oppose without proposing a better option". That's the mark of leadership, to think on your feet and even in the spur of the moment, come up with workable solutions. Any student leader who is able to suggest options that are better than what school authorities have already thought off will be respected by all.

Unfortunately, a lot of students leaders in the country only oppose without proposing. The know present is not good enough but they don't know how to make it better. So, many times, after a lot of consultations, managements still have their way.

It is interesting how students leaders have so much hostility for some lecturers, other students and even old students, in regards to matters concerning students welfare. SRC executives showcase this attitude of 'I know what I am doing' when in actuality, they are very clueless about what to do next.

Some students leaders loathe lecturers to the extent that they won't even let the dean of the students in on some SRC moves. They miss the fact that deans of students are, most often, pro-students and as such can offer the best of advice on how to handle management. And even if the dean of the student was pro-management, having a strategic discussion with him or her as a student leader can reveal some of the lapses in management decisions and policies. Which a good leader can explore to his or her advantage.

Previous student leaders are also another great resource that current ones do not use to their benefit. Funny how it is difficult for one leader to consult their predecessors for counsel on how to handle management. These guys have been where you are, even if not in the same situation, I bet in a similar one. So seeking their counsel might just immure to your benefit as a leader.

There are also students on campus who wield some amount of influence and seem to be attacking student leaders all the time. They may do this through articles or discussions. And sometimes, student leaders do not even want to see such students. Instead of drawing such ones closer and feeding off their wealth of knowledge, student leaders treat them with disdain.

I sense that student leaders suffer this disease because they don't want to share the glory of success with anyone. They want to be seen as the perfect leader who fought for his people single-handedly or failed miserably trying. And quite often, the latter is the case.

But student leaders must understand that consulting lecturers and other students who have proven to offer better options expand the perception of the issue at hand and present a more formidable front to management. School authorities rarely are able to outwit such fronts because the views are wide and representative.

The truth is that the ultimate measure of a leader's power is his or her influence over the followers. In the case of student leaders, this influence is shared among lecturers, other current students and alumni. So, in order for a student leader to have maximum influence over the general student populace, he or she must be in sync with the three entities mentioned above.

It is true that what a leader sees sitting down, a follower may not see even while standing. But sometimes, followers see and hear things from the grounds that elude leaders because they are sitting so high up. It is also true that only he who sits on the seat feels the heat. But who says leaders cannot share the seat once a while so that followers will also feel the heat? It might just turn out that followers will find a way to add another layer of cushion to the seat to reduce the heat.

So, to all student leaders out there, if you want to have maximum impact, leave a lasting legacy and be held in high esteem by both students and school authorities, get down from your high horses, stop being nagging wives and rather adopt the sniffer dog approach. Also, be more solution-oriented and find a medication for your know-it-all disease.