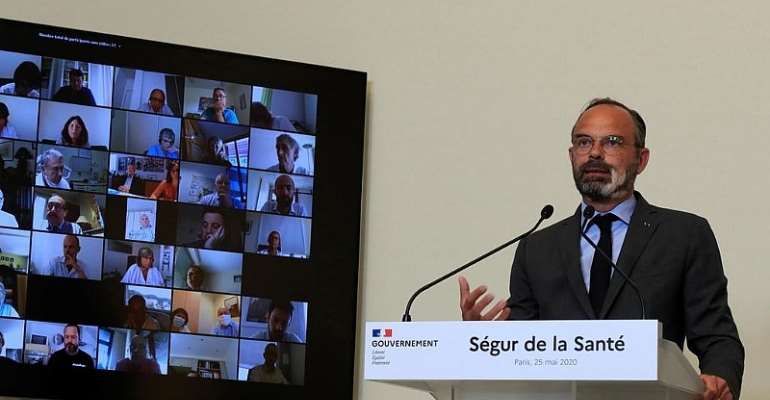 Thousands of nurses will see their wages increased under a reform of the health service announced on Monday.

“I can say without any ambiguity, the increase will be significant,” said Philippe echoing President Emmanuel Macron who emerged from a trip to a hospital last month and promised massive investment in the health service.

Philippe later said on social media that it would be inexcusable not to seek out changes after the coronavirus pandemic.

Starting pay for France's 660,000 nurses stands at 1,500 euros a month. Earlier this year, nurses and other health workers who were complaining about low salaries and insufficient staff at hospitals, went on strike to ask for more cash.

Demands for cash
Their demands though were rejected by a government intent on reducing the amount of money it ploughed into the sector.

But France's doctor's, nurses and hospital ancillary staff have effectively become national treasures during the coronavirus.

Often tending to the sick and dying with inadequate clothing or face protection, citizens have acknowledged their heroism and selflessness as the death toll has risen to nearly 29,000 with rounds of applause from apartment balconies.

Peddling parsimony to the public for such a munificent collective would backfire politically for Macron and Philippe.

Reconfiguration of care sector
"The key word here is pragmatism,” said Philippe of the review which is likely to last until July.

“I cannot say now what these discussions will lead to but I've said that we must remove all constraints, whatever they are.”

Last November Macron's administration promised an additional 1.5 billion euros for hospitals over the next three years, including bonuses for thousands of nurses.

The government also agreed to absorb 10 billion euros of hospital debt, giving the system the ability to take on new loans for investments.

“But we must go further,” added Philippe. “A part of this programme must be dedicated to investing in regional services and to improve the lines between hospitals and medico-social services. There must also be better links between the public and private sectors."

Accra: One Killed As 4 Cars, 2 Motorbikes Collide At Anyaa
14 minutes ago