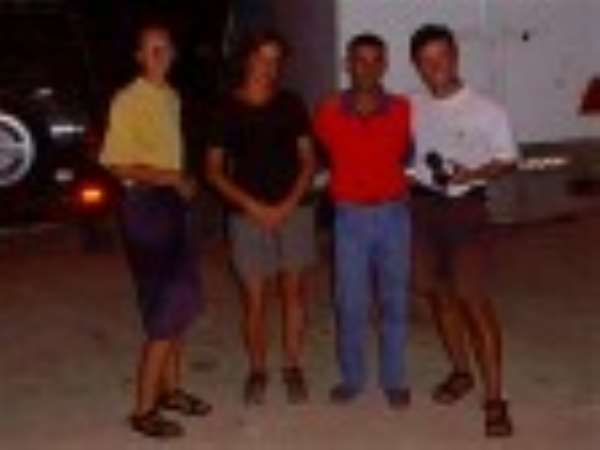 Commercial sex workers operating within the Accra Metropolis have expressed grave concern about the recent police swoop of their colleagues.

According to them, offering their bodies in exchange for money had never been their desire, but circumstances made them engage in the business.

A number of them who spoke on condition of anonymity, said, the recent arrest and prosecution of their colleagues was a complete violation of their human rights, adding that the move by the police to clamp down on them would not in any way solve the problem.

“We have chosen to engage ourselves in this risky business because there are jobs in the system. All we want is decent employment with good salary,” they pointed out.

“I for instance, work in a decent private company in Accra, but all I receive at the end of the month is 400,000 cedis, which is woefully inadequate for me and my daughter,” 29 year old Akua narrated.

They appealed to the government to provide more jobs for the unemployed because about 70 per cent of prostitutes on the streets of Accra were jobless.

The sex workers, most of whom were in their early 20's, explained that, though they had been compelled to offer their bodies for money, they were ready to quit the business if more jobs were created and with better salaries.

They however, expressed shock at the recent media reports that eight of their colleagues, currently standing trial at an Accra Magistrate Court, tested HIV positive when mandatory tests were conducted on them.

Two of them answered in the negative when asked whether they knew their status or not.

“Even if I am asked to go and have the test, I won't go because I'm not totally sure whether I am safe or not,” one of them retorted.

She confessed having had unprotected sex with a number of her clients, most of whom she said were married men.

Mr Kwesi Acheampong, deputy chairman of the National Labour, in an interview recently, made it clear that his call for the introduction of the tipping system would go a long way to reduce the number of women on the streets, explaining that if the system is in force, it would help to supplement the income of workers, especially those within the hospitality institutions.