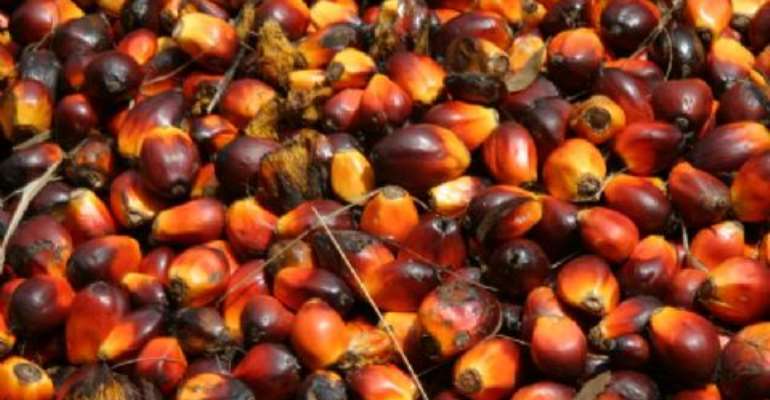 The Twifo Oil Palm Plantation (TOPP) is to receive 11 million Euros from Agence Francais de Development (AFD), a French financial agency, to support an out growers project at Buabin in the Upper-Denkyira District to cultivate an additional 3,000 hectares of oil palm in the country.

TOPP has a total of 4,234 hectares of oil palm in the Twifo-Hemang-lower Denkyira District in the Central Region.

Mr Neneyo Mate-Kole, the Managing Director of TOPP who announced this at an 'open day with media personnel' in the Central Region at Twifo -Ntafrewaso, said the 11 million Euros, which is expected to be made available by the end of the month, is to be used as loans to the prospective out-grower farmers.

He said last year TOPP recorded some losses due to a decrease in the volume of the CPO by 4.4 percent, while the dollar price of the commodity also went down by 12 percent making them to lose about 12 billion cedis.

Mr Mate-Kole said this year's production would be better than last year's as between January and May, CPO production has increased by four percent. He said 56,540 tones of CPO has been produced within the first five months of the year, as against 51,895 tones within the same period last year.

On the company's contribution to the local and national economies, he said it paid an amount of 22 billion cedis to grower farmers for the supply of oil palm fruits, while it paid 66 billion cedis and 168 million cedis as dividend and property rate to the government and district assembly respectively last year.

Nana Ato Arthur commended the management for the paying property rate to the district assembly, describing it as the highest in the region. He said the company comes third, in the provision of employment in the region, after BRM Wood processing company and the University of Cape Coast.

Parliament urged to investigate roles played by SEC/EOCO in ...
20 minutes ago