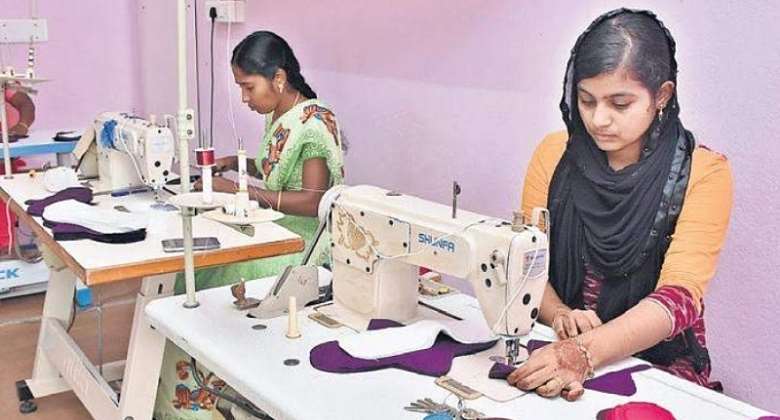 The Covid-19 lockdown and its extension in India have impacted access to menstrual hygiene products and the ability for women to maintain personal hygiene.

For the first week of India's nationwide lockdown to contain the spread of coronavirus, sanitary napkins were not listed as an essential commodity, halting its supply chain.

This led to immediate closure of units that make these products and suspension of transport of these goods. Though the government subsequently revised the order, adding these products to the “essential” list, supply continues to run low.

According to various estimates by NGOs and help groups, the lockdown has disrupted the access of an estimated 121 million women to their basic needs, especially in the country's rural hinterland.

Rural women, migrants affected
Various groups have had to raise funds and distribute sanitary napkins to teenagers and women in slums as well as stranded migrants in relief camps.

For women migrants, managing periods on the long and tough road home without access to any type of amenity has been a difficulty.

Production in some states has only partly resumed because there's an acute shortage of workers who have fled the cities for their villages.

"The shortage is felt across the country and the problem is much more acute in semi-urban and rural areas," Prita Sen of Mayank Foundation told RFI.

Her organization joined hands with police and civic authorities to distribute free sanitary pads for women during lockdown.

Unhygienic solutions
In one instance, Renu Gaur, from Jodhpur in the western state of Rajasthan, rode 28 kilometers on her scooter early this month to get sanitary pads for young girls of her village, who were unable to get napkins during the ongoing lockdown.

In several pockets of the country, girls had to resort to unhygienic methods to stay dry during menstruation.

Most girls rely on home-grown or other readily available material which has often been found to be unhygienic and unsanitary.

"These are testing times, and we, as an organization, have extended help to as many people as we could," said Sandeep Narwani of Working Peoples' Charter, an NGO that reached out to 80,000 workers in 20 states.

Menstruation a stigma
For over a decade, Tarun Kumar's NGO, Nischay, has been working to address the menstrual hygiene issues in the eastern state of Jharkhand.

During the lockdown, Nischay has distributed sanitary pads among over 3,000 girls in the state's Singhbhum district.

"It has been easy for us because we have been running a campaign for long. I can imagine what the situation might be in other rural pockets," Kumar told RFI.

Menstruation continues to be a subject of gender disparity in India. Myths about menstruation are still prevalent, forcing many girls to drop out of school early or be ostracized for the duration of their menstrual cycle every month.

A 2014 report by the NGO Dasra titled 'Spot On' found that nearly 23 million girls drop out of school annually due to lack of proper menstrual hygiene management facilities, which include availability of sanitary napkins and awareness of menstruation.

The issue was highlighted in a documentary "Period. End of sentence," which won an Oscar last year and highlights prejudices against menstruating women in India.

The stigma against menstruating women has prevented girls and young women from staying in education, worshipping in temples and having access to basic sanitary products.