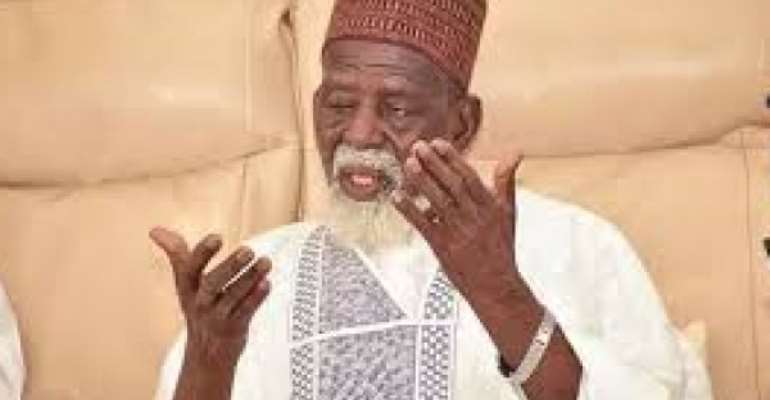 The Muslim event would is being held from a virtual platform in line with the ban on public gatherings to contain the spread of the novel coronavirus.

President Akufo-Addo and Vice President Mahamudu Bawumia, with some key Muslim leaders, are expected to join the National Chief Imam.

The 30-day fast, one of five pillars of Islam, is a period devoted for peace, forgiveness, fellow-feeling and self-diagnoses.

Eid-ul-Fitr is also a period where Muslims engage in charity, sharing of gifts, merry-making amongst other spiritual and social activities.

Sheikh Nurudeen Quaye, the Greater Accra Regional Imam of the Ghana Muslim Mission (GMM), however, told the Ghana News Agency in an interview that the COVID-19 restrictions had not in any way affected the spiritual upliftment of Muslims in the Holy Month of Ramadan.

He said every natural intervention, such as the Covid-19 outbreak, occurred in line with the will of Allah.

However, it did not undermine Allah's command to worship, he said, adding that, the method of worship may change, but the essence and rewards would not change.

"Allah says in the Holy Quran that, He has perfected Islam for us as a Religion with the full measure of its blessings, and it has also been designed to be adjusted to any situation and time," he said.

The coming of Ramadan in this period of COVID-19, he said, was, therefore, to remind Muslims that despite the situation, man was created into this world for a purpose, and that was to worship the creator voluntarily.

Sheikh Quaye said he was happy that the Ramadan had been observed with the same fervor as was done in the previous years.

Other Muslims the GNA spoke to expressed similar positions, saying worshipping at the individual level because of the closure of the mosques, had drawn them closer to Allah.

Some said they used social media to connect and strengthen each other.