Don't Be Selective In Who To Prosecute—Manasseh To Akufo-Addo 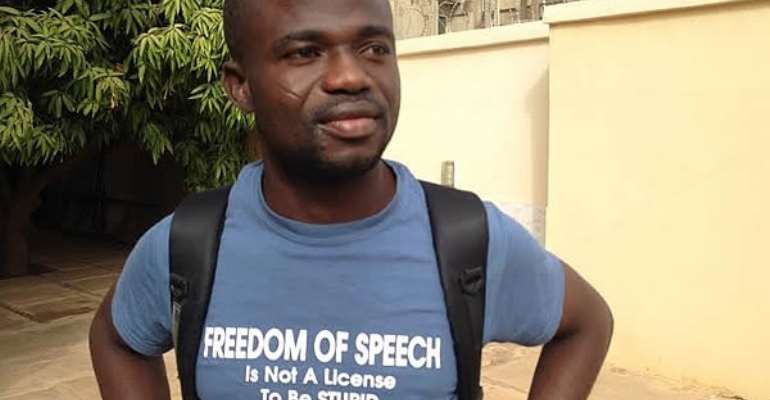 Ace investigative and Award-winning Journalist, Manasseh Azure Awuni, has challenged President Nana Addo Danquah Akuffo-Addo to fight corruption fairly without being selective in who to prosecute.

In reminding the Attorney General about the Zoomlion case, he noted that," what has led these three people at the National Communication Authority(NCA) to jail is just peanuts when you compare it with some of the fraudulent cases involving Zoomlion and his companies".

In an interview with Richard Forgo on Damongo based PAD FM, the anti-corruption campaigner disclosed that as per the evidence available to him, he cannot fault the recent judgment that saw three former appointees of ex-president Mahama with NCA incarcerated for willfully causing financial loss to the state.

The fight against corruption according to him, should not be selective.

He described the former president as his best friend contrary to public opinions.

Mr.Azuri noted that he voted for President Mahama in the 2020 elections making reference to a book he published titled, "The Fourth John: Reign, Rejection & Rebound," which was on the administration of the former President Mahama, but said he had to do his work as an objective journalist when he found certain things wrong with his leadership.

The award-winning journalist, whilst practicing with the multimedia group published many controversial stories against the Mahama administration some of which bordered on the then President’s conduct.

Many observers largely from the NDC at the time accused Manasseh of executing an anti-NDC government agenda.

Manasseh denied the accusations saying he has a friendly relationship with former President Mahama and that he admires and respects him.

He crowned the former President as “a gentleman, very tolerant and accommodating,” a real character he said he had written extensively about, adding that, he has a better personal relationship with former president Mahama than the sitting president.