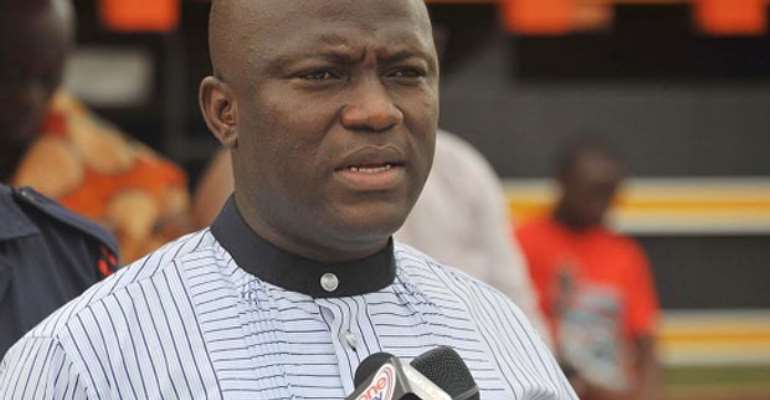 Accra is losing its trove of tourist treasures at such an alarming speed that unless something is done to reverse the trend the city's rich history would be lost and irretrievably so.

A city which can boast of many colonial relics should count itself as blessed with money-making tourist attractions. These are also educational sites which when maintained properly can offer our children lessons in our rich history.

We do not suffer a dearth of experts in the restorative endeavour of historical relics in their derelict state.

There is no reason why we should not therefore embark upon such a restoration considering the fiscal dividends we derive from these.

In one of the series on Saturday a few weeks ago, we lamented the loss of historical relics without many knowing.

The bronze work on the small obelisk at the James Fort which is as old as the James Fort has been removed leaving the brown brick structure bare with nothing to give its story. Only a few people have noticed the loss.

Some relics stolen from Iraq and other places which suffered strife are gradually being recovered. Many Ghanaians because of their lack of appreciation for our history and the subject in general are oblivious to the thriving international market of relics. Such persons would hardly take interest in somebody removing any part of our relics.

Local authorities responsible for development too should take interest in the preservation of our past by protecting them.

There used to be a cenotaph close to Wato Club in Accra Central. It has vanished and it would be interesting to find out where it is now. It had a list of names of colonial soldiers most of them, if not all, Nigerians.

Even the colonial authorities appreciated our local history and ensured that related items were captured in various forms among them relics such as cenotaphs and monuments.

There is also a towering obelisk near the Salaga Market structure which has some Arabic inscriptions also said to be names of soldiers. These monuments and relics are properties of the Museums and Monuments Board, a state agency.

We are by this commentary calling for a joint restoration action by the Museums and Monuments Board, the Tourist Authority and the local authorities in Accra to identify these structures for the purpose of protecting and preserving them.

The physical demarcation of British and Dutch Accra can attract the attention of tourists and, therefore, developed into an attraction.

While some of the derelict structures such as the 1915 Kingsway Department Store could have returned to their original land owners, we nonetheless think given the tourist attraction it holds the state can enter into an amicable agreement with the owners so the structure can be restored and turned into a tourist attraction.

Where are the original Guggisberg trees in Accra? Those which have survived the recklessness of developers should be marked with the appropriate references such as year of planting and the name of the Governor who brought the seeds or seedlings from India. Some of these line up a part of the Korle Bu Hospital.

In Kumasi, however, the story is different. The Military Museum in the city has within its environs a beautiful and well-maintained cenotaph. The road infrastructure contained the cenotaph the respect accorded the colonial day object not in doubt.

Losing these relics and structures is tantamount to losing our history, a people without a past.