The most popular Covid-related memes on Ghanaian social media 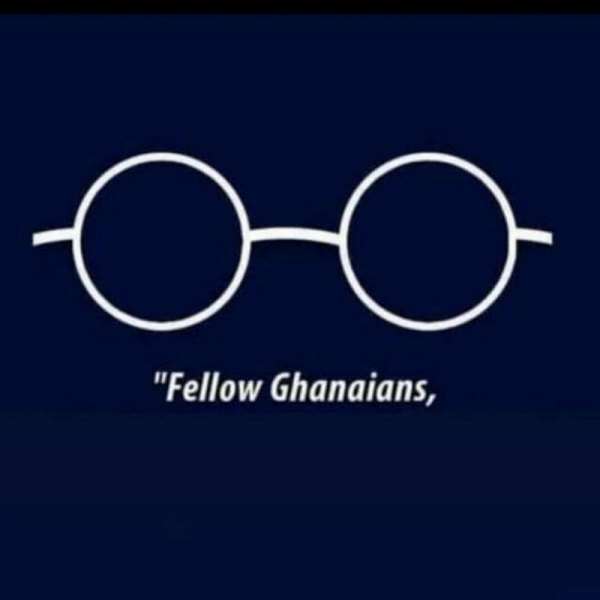 Even before the coronavirus took hold of us, anyone who had a smartphone was bombarded with social media messages. With Covid-19, this has become even worse. For most of us, these messages come through WhatsApp groups which The Economist says is the most popular social media outlet in Africa. But many Ghanaians, especially the girls, are incorrigible Facebook addicts too.

First of the most widely shared posts are the conspiracy theories. These started in Europe and took vicious turns in Africa. We all saw the widely shared video of Pastor Chris confidently asserting that the virus was the result of the installation of 5G network. He even said Abuja and Lagos were on lockdown so that they could surreptitiously lay the 5G cables. The man of God confidently predicted that these were the end times. I don’t know how far this incident has dented Pastor Chris’ image as a truth teller but he was believed by his numerous followers.

He was not the only one preaching these end of times prophecies. Some even claimed they had seen the Four Horsemen of the Apocalypse riding on the waves of 5G!

Another commonly spread theory among Africans was the one that claimed the west was going to test covid-19 vaccines first on Africans. This was at a time when no lab or pharmaceutical company had even announced the production of any vaccines! Closely linked to the vaccine theory was the story about the determination of the west to exterminate Africans and take over their resources. There was a video in which a man claimed that Henry Kissinger had supervised a secret US plan in the 70s to use vaccines and contraceptives to wipe out Africans and blacks and that the plan is still valid and lying in wait for the appropriate time. Bill Gates, a strong advocate of vaccines, was also fingered in this and other conspiracies.

The Chinese are supposed to be bent on taking over Africa. People post old pictures and attach new stories to them to justify their conspiracy theories. Did you see the one which says a Chinese had taken top command in the Zambian police force? It was exaggerated out of all proportion to what actually took place.

Another group of widely shared videos is the one with talking heads dispensing covid-19 related advice. In the early days, it was mostly how to wash your hands, how to apply sanitizers and how to put on, and off, your masks and sanitary gloves. Some of these are still making the rounds. If you are Ewe, you may have seen a lady from Kpandu giving the advice or a Caucasian looking lady rattling away in impeccable Anlo!

There is also some interesting DIY stuff. You can use pillows or new socks to make your own masks at home. You can transform ladies’ panties into temporary masks. And you can even make your own sanitisers at home.

There is also advice on folk medicines that do the trick. Do you remember when we were young and got fever and our parents steamed us, covered with blankets, over hot herbal water in a bucket? That was sauna in a bucket and it is still good for the virus.

In a typically African way of doing things, the President of the Republic of Madagascar is frantically peddling a local herbal tea to the rest of the world and blaming WHO for not endorsing the cure. Many Africans sympathise with him and see some Western conspiracy to deprive Africa of a major discovery. But not many people seem to wonder why it is the President, who is not a scientist (he has no college degree – it matters in such things), who is the salesman here. The only “data” he has to support the efficacy of the brew is maintaining that people have taken it and have recovered. He has no idea of what “clinical trials” are.

We Africans are very sensitive to wrongs (actual and imagined) being done to us by others who also belittle our achievements if they don't completely ignore them. A talking head video of a UK based Ghanaian lady rails against SKY News for associating an old African female hairstyle with coronavirus in Kenya. Never mind that it was the Kenyans themselves who called it that.

Another one also made the rounds after his address lifting restrictions on Accra and Kumasi: the tortoise that came out of its shell to savour its freedom while forgetting that it had lost the shell that had given it protection.

A mean-spirited one shows the president starting his address: “Fellow Ghanaians…” and a figure watching from behind him, on hearing those words, leaves the room in disgust making that smacking sound common to Ghanaian women – MTCHEEW!!!

The president was also accused of plagiarising - again: “We are not the enemy…” Well, he did say something nice that made international headlines: “We know how to bring the economy back to life; what we do not know is how to bring people back to life.” We were all happy until this also turned out to have already been said by someone else. Didn’t it look too obvious to his speech writers to be original? But this produced a classic spoof shared on social media - the horn-rimmed glasses underneath which was the text: “Fellow Ghanaians, We know how to make the PROMISES… What we do not know is how to FULFILL them”.

For some of us, the most enjoyable shared posts are the Covid-related song parodies. Many of these music videos, based on old hits, are really very well made. My personal favourites:

“The Lion Sleeps Tonight” is a very old South African song originally done in Zulu in the 1930s. It was stolen from us by white men who made it into a world hit covered by many artists. The lyrics have been changed in this Trump parody. It is now “The liar tweets tonight” and the refrain is “Vote him away, Vote him away… “

Another of my favourites is the ABBA medley: “Mama Mia” (Quarantina, here we go again…), “Dancing Queen” (With my girls, we’re a team, stopping covid-19…), “Thank you for the music…” (So we say, Thank you to the medics…). The thing about this British parody is that it uses a song by a Swedish pop group to talk about quarantine when the Swedes have drawn attention to themselves by adamantly refusing to impose a lockdown in their country!

“Nessum Dorma” is the well-known aria from Giacomo Puccini’s opera, Turandot. It is parodied by Daniel Emmet as “No Corona…”. The singing is good and the pun is well chosen. Turandot was the Chinese princess who would only marry the suitor who could answer her three riddles. Huh, did I say a Chinese princess? Yes, but the story doesn’t say if she came from Wuhan…

I have not received many of such songs using popular Ghanaian tunes. There is a fine Adowa song but it is not a parody. It is a song advising on the virus. I was interested in hearing how the Adowa singers pronounced “CORONAVIRUS”. Of that, I will say no more…

There are many of these song parodies on YouTube. Don’t wait for anybody to send them to you.

There are lots of comic skits too. As usual, the Nigerian ones are funnier than the Ghanaian ones… Abi I lie?

Gentle reader, will you share with us your favourite Covid-related joke?