Asamoah Gyan To Contest Weija-Gbawe Seat In 2024 On The Ticket Of NPP? 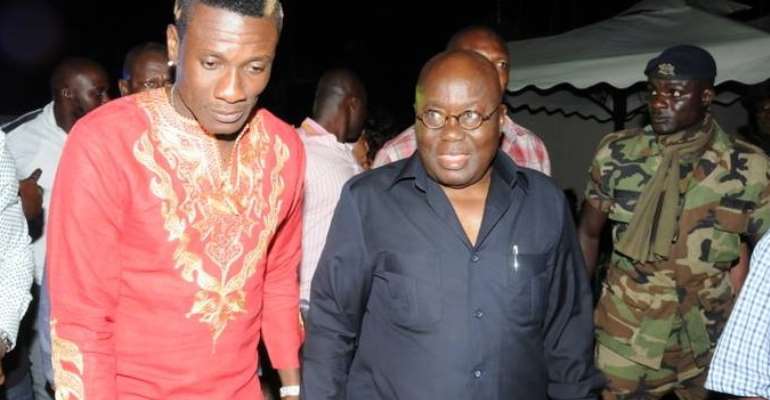 Former Black Stars captain Asamoah Gyan may contest as a Member of Parliament (MP) in the future barring any last-minute changes in his decision to join full-time politics.

It is likely he will contest for the Weija-Gbawe seat where he currently lives in 2024 on the ticket of the ruling New Patriotic Party (NPP), the sources mentioned.

A close friend to President Akufo-Addo, the Wenchi native in the Bono East region, political analysts believe will get massive support from both the bigwigs and grassroots of the party.

Gyan is a known financier of the party as he has supported the party in many ways including some NPP bigwigs.

Prior to the 2016 elections, President Akufo-Addo visited the plush gigantic Weija house of Asamoah Gyan which is located on a mountainous hill.

Gyan has been spotted at various strategic places, akin to politicians and was also spotted in Parliament in February this year when President Akufo-Addo presented the State of the Nation’s Address.

The all-time leading scorer of the Black Stars with 51 goals is believed to be a die-hard member of the ruling NPP.

He spent most of his early childhood in Mataheko and Gbawe where his late mum was a Headmistress in one of the public schools.

His two big brothers including Baffour Gyan live in Gbawe.

He has played 109 times for the Black Stars, scoring 51 goals.

Your insatiable taste to travel in another luxurious jet to ...
32 minutes ago

Ghana’s 3.9% economic recovery is sluggish; Ghanaians must w...
34 minutes ago