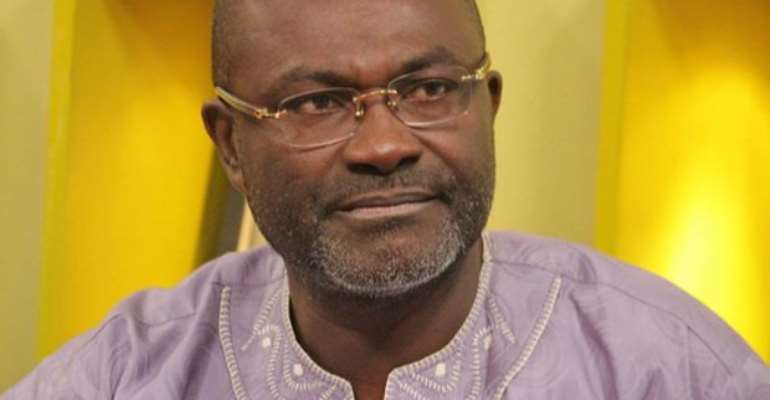 Maverick Member of Parliament(MP) for Assin Central, Kennedy Agyapong says going to Parliament is the most stupid job on earth apart from being an Assemblyman.

The New Patriotic Party (NPP) firebrand who intends to leave Parliament and focus on his business after 2024 made this known in a yet-to-be-aired interview with Joy News.

To him, it’s better to concentrate on one’s business and other engagements in order to live a better life rather than wasting time to be a Parliamentarian who is expected to handle people's problems.

He noted that most Ghanaians think he’s arrogant just because of his public outburst on social and political matters with confidence.

On critics who think it’s not right to condemn some of the ills that go on in the NPP, the Assin Central Lawmaker said just as he bashes the opposition NDC, his party should brace itself for similar condemnation.

On his personal life and how he lives, the controversial lawmaker said what he loves most is money because it answers all things.

To him, he has decided not to give birth again after giving birth to 22 children with different women.

Kennedy Agyapong said he decided to end with bearing of children because he now finds it difficult to calculate which property is going to a particular child.

He indicated that all his children have properties to their names while he also has some to protect himself.