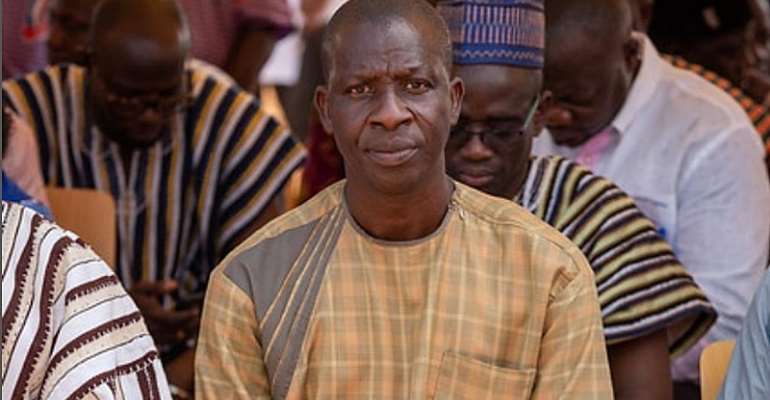 The suspended New Patriotic Party (NPP)Parliamentary Aspirant for Nalerigu-Gambaga Constituency in the North East Region Mr. Peter Wuni Baaga has been dismissed as the Deputy Director-General of the National Disaster Management Organization (NADMO), MyNewsGh.com has confirmed.

A letter from the Chief of Staff Akosua Frema Osei Opare sighted by MyNewsGh.com did not give any reason for the decision except to say she was acting on the instructions of President Nana Addo Dankwa Akufo-Addo.

“This action has been necessitated by certain utterances you made during a radio program at Tizaa Fm, a local radio station based in Nalerigu in the evening of 12th May 2020. Your utterances were in breach of Article 4(7) of the NPP Constitution and the General Guidelines governing the parliamentary primaries issued by the General Secretary of the party. The Regional Chairman as well as the Regional Executive Committee are in possession of a recorded tape of the program and are compelled to initiate disciplinary action against you”, a copy of the letter intercepted by MyNewsGh.com read in part.

I rigged elections for Hajia Alima to become an MP

Mr. Peter Wuni Baaga had given shocking details of how the party won the seat in 2004 as well as 2016 during the interview.

According to him, he was the mastermind of rigging that saw the current Minister of Local Government and Rural Development win the seat for the first time in the area.

“Alima knows what I did for her to become an MP. We will all account for our deeds on judgment day. She has so soon forgotten all these struggles and is taking me now for a fool but I won’t allow it to happen”, he disclosed on a local radio station in Nalerigu.

He recounted how Hajia Alima who is the incumbent lawmaker for the area, tried to mastermind his sack as a DCE under the erstwhile Kufuor administration in 2008.

“She went pleading with the then President through the Chief of Staff to fire me because my continued stay was a threat to her winning the seat. I was summoned to the then seat of government (Castle Osu) but while on the way, I was involved in an accident, and my vehicle was damaged beyond repair. At the meeting, she repeated that I was campaigning against her but I questioned her how she became an MP….I demanded to know whether or not we rigged the election for her. She admitted that her votes were short but I (Peter Wuni) knew what I did for her to win”, he revealed.