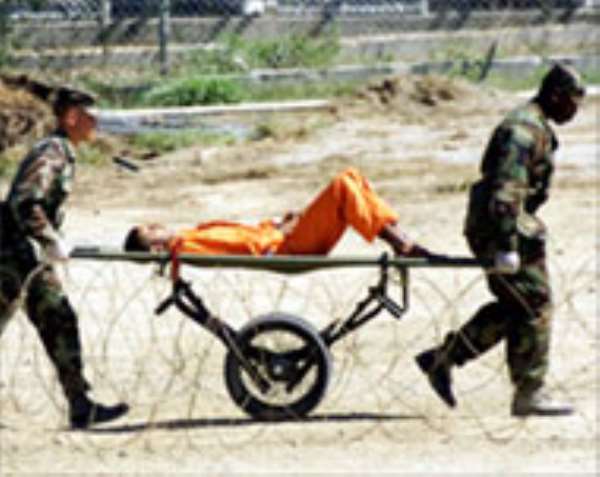 The family of a Yemeni man US officials said killed himself at the military prison at Guantanamo Bay denied his death was a suicide, saying he had been murdered.

Ali Abdullah, father of a Yemeni detainee found dead at the US prison on June 10, said: "This idea of suicide is a lie. My son wouldn't commit suicide. My son was among those who memorised the Quran and was committed to his religion.

"He was assassinated by American soldiers and I call on the Yemeni and American governments for an international investigation," he told Aljazeera.

The US military has identified the Yemeni who died at Guantanamo as Ali Abdullah Ahmed but the Aljazeera interview identified the father by that name and the son as Salah Ali.

The US military said two Saudis and a Yemeni hanged themselves with clothes and bedsheets in their cells, the first prisoners to die at the base in Cuba since Washington began sending suspected al-Qaeda and Taliban captives there in 2002.

The deaths renewed criticism of the base, which many human rights groups and some governments say should be closed. Nearly all the prisoners at Guantanamo are being held without charge and some have been detained for more than three years.

Pentagon documents show Zahrani was 21, meaning he was sent to Guantanamo as a teenager.

US officials described all three as "dangerous enemy combatants".

In a separate development, the US defence department said it has suspended all military tribunals for "war on terror" suspects at Guantanamo.

The decision came as the US Supreme Court was expected to rule imminently on the military tribunals' legality.

"All sessions in all cases currently referred to trial by Military Commissions are stayed until further notice," the Pentagon said in a statement posted on Monday but dated Saturday, the day the three detainees were found hanged in their cells.

The statement did not explain the reasons behind the suspension.