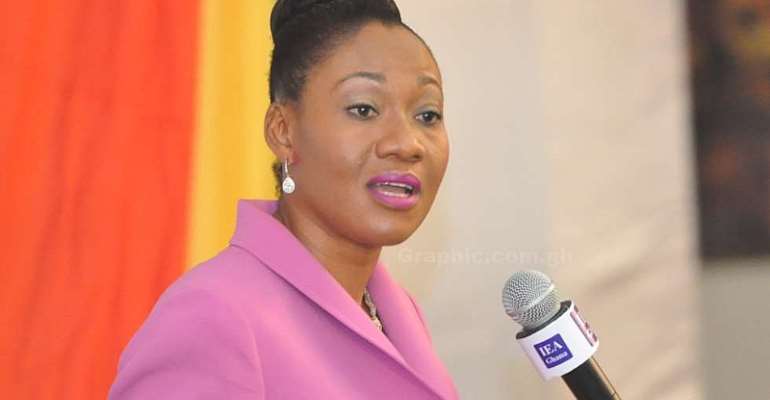 I think the axiom, "if you don't want to get the same results, then do things differently" is a universal one. But this notion has been particularly adapted to fit Ghanaian society's way of life. We do things the same way all the time but expect different results Ghanaian opinion leaders and intellectuals agree on this

I don't know how exactly the idea of the biometric election came into being, but there is something constitutionally sketchy about the process, especially the article that stipulates fundamental freedom and liberty of every citizen

Imagine going to the poll to exercise your franchise only to be disenfranchised in another way. Biometric voting is literally fingerprinted collation, submission, and verification. In other functioning systems, it takes judicial order to obtain fingerprints - except for national identification purposes, the appropriate authority is allowed to conduct fingerprint recordings. One will wonder if it is right for our fingerprints to be recorded while voting in Ghana

Personal data are private and legitimate virtual representations of ourselves. So I was particularly stunned at Electoral Commissioner, Jean Mensah's babbling revelation to the world, that, as for our data are just at fingertips and that, anybody can have access to them. She inadvertently created international security and diplomatic lapsus linguae

Awarding Prof Attafuah to compile National Identification data is equally sketchy. Why should we task private entity to engage on the mandate as important as national identification without consultation with the constitution as to which entity or establishment legitimate to carry it out

Is the attaching fingerprint impressions to Ghanacard as a form of positive identification, if not, why? If yes, does Prof. Attafuah have the constitutional authority to collate fingerprints of every Ghanaian? When these questions are properly answered, we will arrive at only one conclusion: cronyism

Even with the possibility of exposing the people to the deadly novel Coronavirus, the time frame and in face of scarce logistics, the duo remain adamant

Curiously, how can politically appointed individuals have that independent mandate to conduct and declare the victors and the vanquish of elections?

Live update on media outlets of counting exercise, then minister of interior's announcement, ultimately stakeholders - the political parties - who write the playbook of conceding and congregating of each other, is completely poignant, then we have national elections

Is more, interpretation the act of oaths of allegiance that determines the powers-that-be and how elected members should be sworn in gives the understanding that attests to the fact that - elsewhere, electoral commissioners are merely salary-structured state employees where the electoral business is strictly state's not partisan

These state employees or functionaries do not have access to the big-chunk budgetary allocations to the Ministry of Interior, to spend at whim. What I call electoral profligacy, is when the Jean Mensah defies judicial order to organize a meeting at a hotel instead of EC premises

How is EC boss going to conduct credible elections while millions of eligible candidates will be excluded from the new register? Electoral success and failures are largely by the number.

We know that the number of electorates plays a very significant role. The fewer turnout, the advantage is to some and disadvantage of others, the larger the turnout, vice versa. That all potential voters have their rights preserved is a constitutional provision

John Boadu, the NPP General Secretary is a very interesting personality. The man still revels in blatant myopia. He echoes the hocus-pocus theory of facial recognition technology in desperate attempt to discredit the old register. Mr. Boadu is in a desperate bid to pave the way for Jean Mensah to compile a new register.

Needless to say that Jean Mensah's 'New' appointment is political predisposition which ultimately resonated with new voter registration. This is what other stakeholders, to be specific, NDC, calls 'diabolic plan to rig 2020 elections

We don't need facial recognition technology to conduct elections in any way or form. Facial recognition claim is just a ruse by NPP then and Mr. Boadu is ignorantly clinging onto it. We know, NPP rejected 2008 presidential elections when they were in power, so was 2012 elections Boadu's penchant could be interpreted to mean, a false flag to reject 2020 elections should they lose it

There is nothing wrong with the old register. After all, a mechanism like biometric machines and vigilant polling agents should be enough to guarantee a free and fair election

No well-meaning Ghanaian will ever desire political chaos in the country. Because, the talk of civil war is not good for anybody. But the fact that EC boss has started to defy judicial orders and hellbent to new register compilation have all the pithy elements to put the stakeholders at the edge

Major (rtd) Boakye Gyan's premonition is just brotherly advice. This advice ought to be taken seriously when dead-enders are at work. Police intimidation of the former military and/or stateman means absolutely nothing. We have been told that the man is yet to appear before the police for further interrogation of what, I do not know

The solution to electoral brouhaha is hindsight not far in front of us. Since neither EC nor Prof. Attafuah can protect our personal information while police can. Exclusively rather inclusively, police compilation - everywhere in the world - of centralized national identification database with fingerprints attached, is all that we need to save millions of Cedis

The database will have access to inlets and outlets to all state institutions with EC including. After the successful registration of all Ghanaians. The newborns will be issued with a Ghana card. The child goes to vote at 18. Solid computer programming, just as ATMs, to different one voter from the other while maintaining ballot papers to counter potential ominous occurrences. It is as simple as such!