Cuba says summer blackouts are over 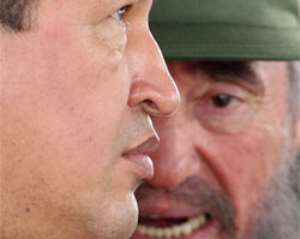 Daily blackouts that brought misery to Cubans' lives and wreaked havoc on the economy have been brought to an end.

Cuba has been suffering from an economic crisis since the collapse of the Soviet Union in 1991.

Yadira Garcia, the basic industry minister, told parliament that a $1 billion programme to link hundreds of large generators to the energy grid meant there was 1,000 megawatts more power available for the summer when demand peaks.

"In less than eight months, conditions have been created that guarantee that there will be no blackouts in our country due to a lack of generating capacity," the minister said.

During the sweltering months of May to August, residents of this tropical communist island turn on fans and air-conditioners and vacationing students watch television and play music.

Fidel Castro, Cuba's president, has taken responsibility for what he calls an "energy revolution" that involves the unique use of the generators, an overhaul of the energy grid and the replacement of millions of old home appliances with more efficient Chinese products.

The island's seven aging oil-fired power plants can generate about 2,700 megawatts, but operate at only 60% of capacity due to breakdowns and maintenance halts. For more than a decade, the plants have run on locally produced high-sulfur oil that clogs and damages the equipment.

During the past five years, a lack of capacity has forced the country to close about 200 factories and adopt other emergency measures in the summer.