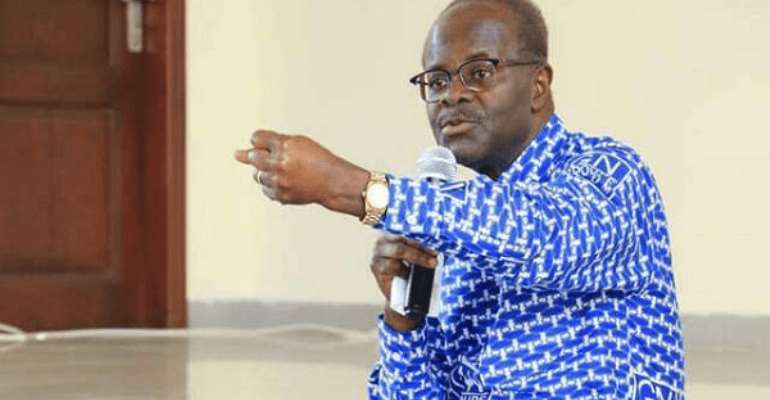 Lawyers for Dr. Papa Kwesi Ndoum have asked the High Court to reject the evidence being relied on by the Bank of Ghana and the Receiver of GN Savings & Loans justifying their decision to revoke the license of the financial institution.

According to the lawyers, some documents filed by the defendants such as their affidavits which contain their averments were not signed by the appropriate people.

The lead lawyer, Justice Srem Sai, in the application also raised concerns with some documents which he says pertains to GN Bank and not the savings and loans company.

The application at the High Court was made in the ongoing case by Dr. Papa Kwesi Ndoum and some shareholders of GN Savings and Loans challenging the decision of the BoG to revoke their operating license.

In his statement of claim, Dr. Nduom insisted that GN Savings and Loans was in good standing despite being declared insolvent by the central bank.

He said government infrastructure project portfolio was in excess of GHS2.2 billion, more than the company's liabilities.

He added that most of the company's funds had been invested in government projects as loans and advances to contractors who government through its ministries and agencies had hired to execute various projects.

According to Dr. Nduom, the government and state agencies, as of August 14, 2018, owed the company over GHS600 million.

He argued further that the BoG and other parties failed to consider the government's indebtedness to the company in making a determination on the company's solvency and that constitutes a violation of rights.

He thus asked the court to rule that the failure of the BoG to consider that indebtedness of the Government of Ghana and its MDAs to Groupe Nduom before declaring GN Savings and Loans to be insolvent, constitutes a violation of his rights, that of Groupe Nduom and Coconut Grove Resort.