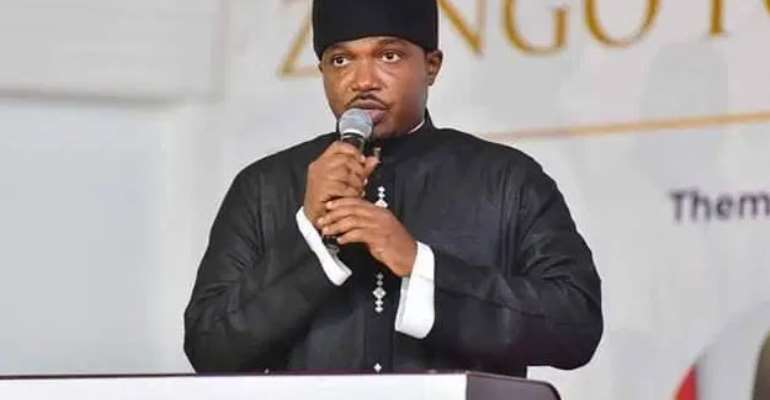 The Darul Hadith Institute for Islamic Studies in Kumasi has described Sheikh Anas Tawfiq Ibrahim Bakri as a man of peace who is committed to the laws of the country.

Reacting to a May 20, 2020 publication, which the rejoinder presented him otherwise, the institute described the story as not representative of the Sheikh, who is anything but the description given him.

There is an agenda to portray the Sheikh in negative light and his criticism of the performance of now Supreme Court's Justice Tanko Amadu during his vetting by the Appointments Committee of Parliament; the institute provided an opportunity for this.

“It is important to note that this agenda to malign the Sheikh, though a longstanding one, has come up because of his criticism of Justice Amadu, whom in the opinion of the majority of Muslims in Ghana, did a disservice to Muslims in Ghana during his vetting.

“As to how criticism constitutes an incitement to violence, only A.R. Gomda can provide answer to,” the institute said.

Continuing the statement authored by the Executive Secretary of the institute, Hassan Adam pointed out that “the Sheikh is committed to the truth and shall pursue nothing but the truth without traversing the boundaries of freedom of speech as enshrined in the Constitution of Ghana.”

The publication, the institute claims, seeks to tarnish as they put it “the matchless image of Sheikh Anas Tawfiq Ibrahim Bakri and by extension the Darul Hadith Institute of Islamic Studies.

Turning to the late father of Sheikh Anas Tawfiq, the institute described him as “a leader among his peers. A man of formidable accomplishments who served the duties of his office; he worked with the US Embassy. He championed the construction of a community clinic in the Asokore Mampong Municipality.”

Such a personality should not be associated with terrorist organizations, the statement added.